"I'm in a more serious relationship with the two of them than I have been with any girlfriend I've ever had in my life. We were all in shittier bands before this." - Cory of Stupid Party 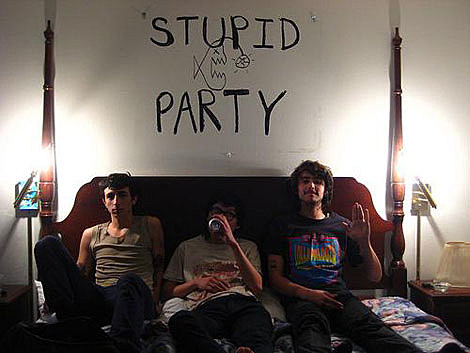 Stupid Party are not just another three piece from Brooklyn. They've actually been around for a few years, playing their raw punk, metal and punch you in the face, pop songs, in lands both home and away. Literally. "We kept/keep playing shows at our house which without a doubt has hosted the best punk shows in New York," said Cory, the band's vocalist and guitarist (who I had a chance to talk to via email).

Stupid Party released a 7" on Starcleaner Records last year, which is now in it's 2nd pressing, and in March they put out their first LP on Freedom School Records. Check out one MP3 above with more streaming at their MySpace.

Tonight (5/11) they open for Times New Viking (who played Market Hotel last night) and Vivian Girls at Bowery Ballroom (making this a sick triple bill!) According to Cory, "We'll probably be blacked out." Let's hope not. Get there early to make sure you don't miss them.

They also play Brooklyn D.I.Y. festival Hillstock on June 6th. All tour dates and fliers below... 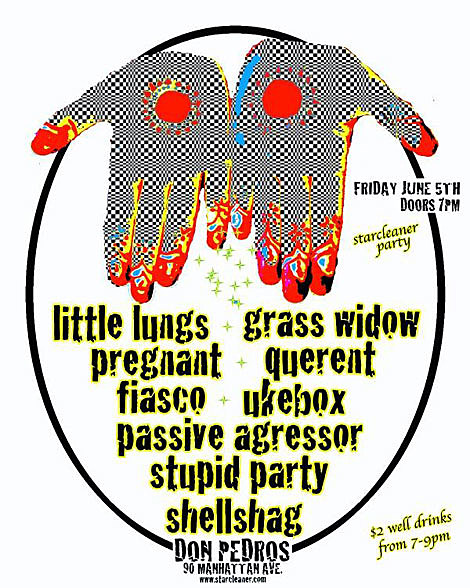 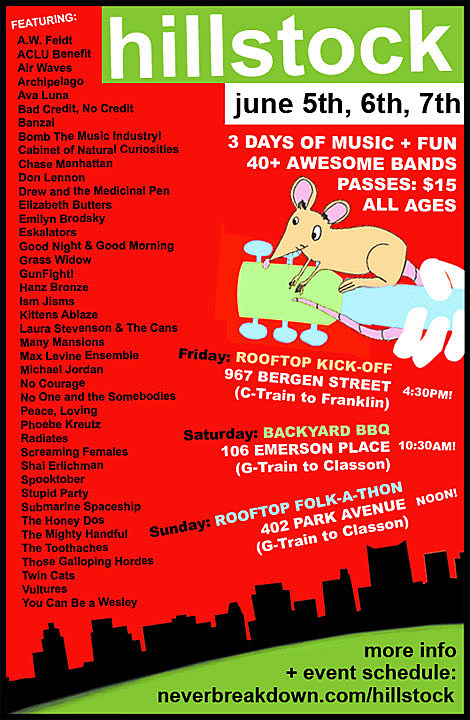