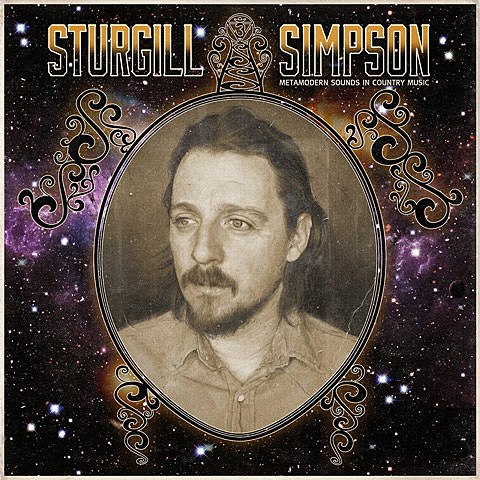 "A lot of journalists, it feels like they want to lure me into being the poster boy, and talk shit about modern country, and I just don't have anything to really offer there," he says. "Because, fortunately, I've never pursued that side of the industry, which means I never had the opportunity to be screwed over or have any of these horror stories that you hear about. So for me to sit and talk about that stuff would be insulting to people who have, and extremely naïve.

"Nothing is really different than it was. It's always been like this," continues Simpson on the cyclical nature of country trends. "I think Tompall Glaser said it best in the Seventies: 'Unless you have a solution or an alternative, shut the fuck up. Because you're just part of the problem.' I just want to write music that pertains to my life as honestly as I can."

"In my opinion, he's as authentic as it gets," says Shooter Jennings of Simpson. Jennings, the son of Waylon Jennings, has been a fan of Simpson's work since his days in the group Sunday Valley and is wowed by the musical similarity to his legendary father -- however unintentional it may be.

"There are so many people who play guitar like my dad, and so many people that imitate that sound, but nobody actually gets it," Jennings says. "Sturgill isn't imitating at all, and he sounds like my favorite era of my dad, the Seventies, when he would sing quieter and more conversational. That's what struck me about Sturgill from Day One. And still does." - [Rolling Stone]

Sturgill Simpson has been getting a lot of acclaim for his new album, Metamodern Sounds in Country Music, which is a throwback to the '70s style of Waylon Jennings, Willie Nelson and Merle Haggard. If you haven't checked it out, a couple videos are below and the whole album can be streamed at Rdio.

Simpson just played NYC last night (7/9) at Bowery Ballroom with Pokey LaFarge, and he's currently opening dates for the Zac Brown Band including tonight (7/10) and Friday (7/11) at PNC Bank Arts Center in New Jersey (tickets). If you'd like to catch him in a more intimate setting, Simpson has just been added to The DuPont Brothers show at Joes Pub on Tuesday (7/15). Tickets are on sale now.

Sturgill Simpson - Turtles All The Way Down