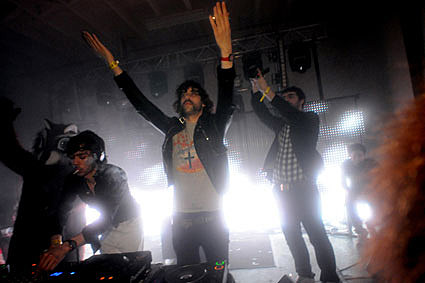 Tickets are on sale (@ noon) for the Surf City show coming up at Mercury Lounge.

Speaking of SOB's, Lord Finesse is celebrating a birthday there with "The Legendary Rakim" on February 18th. Tickets are on sale.

Tanya Morgan (a hip hop group that has nobody named Tanya in it) plays SOB's on February 22nd. Tickets are on sale.

Roxy Cottontail hosts a Dim Mak-presented show at Santos on February 11th "featuring Ninjasonik, Japanther, Fashen, Team Facelift, The Auctioneers, Jonny Famous, Gina Turner & (Not So) Secret European Guests". Dim Mak band The Willowz play Pianos (with Delta Spirit) the same night, but they are from California. Tickets are on sale. Oh, also I think the guest is a DJ or DJs...

Ed Banger will follow the Terminal 5 show with an afterparty at Webster Hall ("GIRLS&BOYS w/ED BANGER RECORDS AFTER PARTY , SEBASTIAN, SO-ME & More!"). Tickets are on sale. Flyer and new FAKE Justice track below...

Fake Justice - Beginning Of The End

It was literally just yesterday that ITM doled out a sobering wake-up call to unlucky Daft Punk fans who'd been duped by the appearance of an allegedly new tune from the French duo's Tron Legacy score. Seemingly in need of a fresh hoax, internet pranksters have sent out another forgery, this one under the guise of that other famous French duo Justice.

Appearing on blogs and websites last night, the supposed new track The Beginning Of The End spread like wildfire, with both writers and listeners falling for the ruse.

Since then both Justice's UK press office and their local label, Warner, have confirmed that the track is indeed a fake, something that diehard Justice followers would probably have guessed from a quick listen to the tune. Even after the surely endless amount of blow and groupies that Justice ploughed through on the back of Cross, it's difficult to believe they could return to the spotlight with something so limp and uninteresting as the track in question.

Have a listen in the clip below and hear the forgery for yourself, meanwhile we'll be locked in our room cradling our Waters Of Nazareth 12" and waiting for the Frenchies to return for real. [in the mix]

I also received the fake Justice track in the mail, and I have to admit it, that though it seemed sketchy, the email address appears to actually be from Ed Banger's domain. I'm not surprised a lot of people posted it. 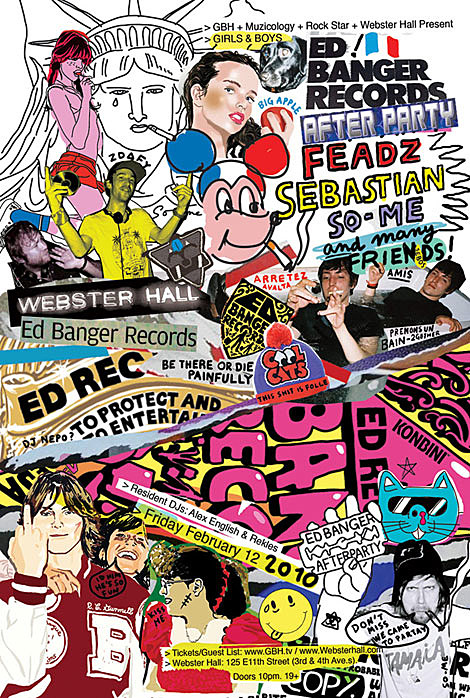