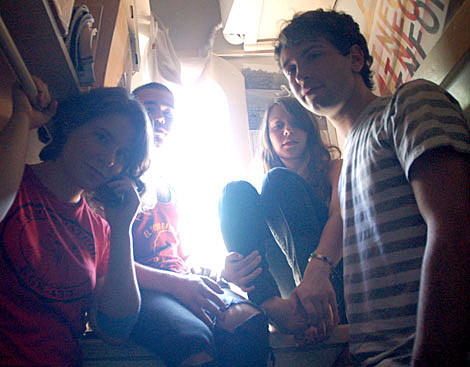 Avi Buffalo is the adopted name of Avigdor Zahner-Isenberg, an 18 year-old singer/songwriter and guitarist from Long Beach, CA. Avi Buffalo is also the name of the band he formed with friends and like-minded collaborators Sheridan Riley (drums), Arin Fazio (bass) and Rebecca Coleman (keyboards and vocals). Though Avi started recording songs 3 years ago, during his sophomore year in high school, amidst the dissolution of his previous band Monogram, it wasn't until Bill Cutts of Outsider Folk asked Avi to play a show in 2007 that Avi Buffalo the band came to be. This first show was an acoustic set at the Zephyr Café in Long Beach. Through the following summer and a local music festival that fall, the band became an altogether more electric thing. And soon they were asked to play shows in Los Angeles. They did and then kept on doing it. A year later Avi and Aaron Embry (who has played with folks like Elliott Smith, Daniel Lanois, Emmylou Harris, Beth Orton, and a whole slew of others) began recording the songs that will become the band's first record. At the prompting of early fan and Sub Pop A&R Head Tony Kiewel, the band toured up to Seattle, played a show, met folks at the label, and began what we all hope will be a very long and happy relationship. [Sub Pop]

Not to be confused with Zee Avi, Avi Kazman, or Avi Lapidus, California band Avi Buffalo will be releasing their first Sub Pop full-length in Spring of 2010. The track "What's In It For?" (the free download above) appears on that album, and on a Sub Pop 7" that came out in December.

In March Avi Buffalo can be found at SXSW in Austin. Between now and then there are three chances to catch them in NYC. The first is tonight/Saturday (1/16) at Pianos. It's an Aquarium Drunkard-presented show that also includes sets by Aquarium Drunkard recording artist Roadside Graves and The Loom (flyer below). On Monday (1/18), Avi opens for Owen Pallett at Bowery Ballroom. On Thursday (1/21), Avi opens for Vetiver at The Bell House. All dates and some videos below... 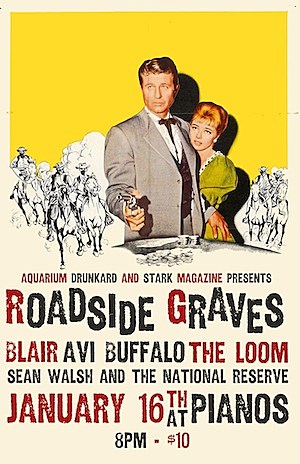