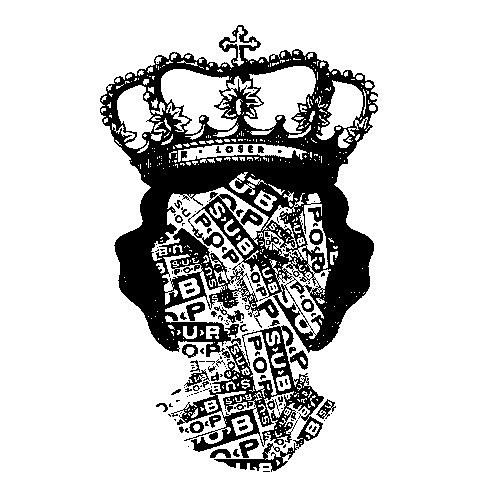 While Sub Pop officially began in 1986, their offices opened in 1988 which they're using as an excuse to celebrate royally:

Sub Pop Records is visibly full of itself in sharing the initial lineup for our 25th anniversary celebration, the Sub Pop Silver Jubilee, to be held July 13th in Seattle, Washington. The event will feature music and comedy performances from artists from the label's roster and beyond, both past and present.

And pat their own back they will, the Sub Pop Silver Jubilee snagging appearances from Mudhoney (who play NYC soon), Greg Dulli, J Mascis, Father John Misty (him too), Shabazz Palaces with THEESatisfaction (ditto), Pissed Jeans (and them), The Baptist Generals (yep), Shearwater, Brothers of the Sonic Cloth (feat. Tad Doyle) and Endino's Earthworm (with Jack Endino). The show is FREE and open to the public (all ages), and scheduled to go down on July 13 at Airport Way in Seattle's Georgetown neighborhood. Additional bands (like maybe The Postal Service???) and events will be announced.

If you're going, a suggested $5 donation at collection stations at the Jubilee will get you a limited-edition tote bag, set to benefit "local charities like 90.3FM KEXP, Northwest Harvest and the Northwest Parkinson's Foundation."

Sub Pop are also celebrating 25 years by releasing Sub Pop 1000 for Record Store Day 2013. Inspired by the label's landmark 1986 compilation Sub Pop 100, it features contributions by Peaking Lights, Ed Schrader's Music Beat, Starred and more, all exclusive to this compilation. It's on silver vinyl with an 11"x11" booklet and a MP3 download coupon. Limited to 5,000 copies worldwide.

Speaking of Baptist Generals, in addition to their shows with Mountain Goats, they're playing a headlining show at Mercury Lounge on June 6. Tickets for that show go on AmEx presale today (4/10) at noon with the regular on-sale happening on Friday at noon.

Tracklist for Sup Pop 1000, plus details of the Silver Jubilee event, are below.