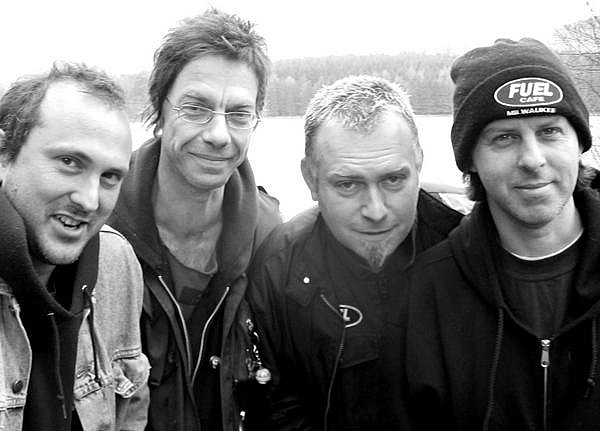 U.K. anarchist punk collective Subhumans formed in the Trowbridge area of Wiltshire in 1980, comprised of vocalist Dick, guitarist Bruce, bassist Phil, and drummer Trotsky. The band enjoyed success as one of the more literate and musically athletic British punk ensembles between 1980 and 1985, occupying the middle ground between the Clash's political songcraft and Crass' experimental warfare. Through five full-length records on their own BLUURG label (The Day the Country Died, From the Cradle to the Grave, Worlds Apart, 29:29 Split Vision, and Rats) and six EPs (not to mention a bevy of D.I.Y. cassettes), the band challenged both the government and its people to not only rage against the world, but to improve it. - [allmusic]

Subhumans have reunited off and on since 2004 and are currently in the midst of a US tour with The A-Heads (their first US tour) which will take the band to the Knitting Factory in NYC on July 11th where they will team up with punks Witch Hunt. Tickets are still available. The next day, The A-Heads will play the same venue, but this time with a different headliner.... sort of.

OKAY, for the uninitiated, beginners, confused or curious, here's a quick explanation:

Citizen Fish headlines Knitting Factory on July 12th, joined by The Ray Gradys (and The A-Heads). Tickets are still available for that too.

The Knitting Factory isn't the only NYC show for Citizen Fish either. They are also scheduled to be the secret guest (billed as "UK Punk Ska") with The A-Heads at "Phil & Erika's Wedding Bash" at Trash Bar on July 10th. Flyer for the show is below.

Subhumans are touring in support of the reissue of their entire back catalog via their Bluurg imprint. All remastered LPs are available through the band directly or via your favorite distro.

Full Subhumans and Citizen Fish dates, as well as a live video from earlier this year, are below... 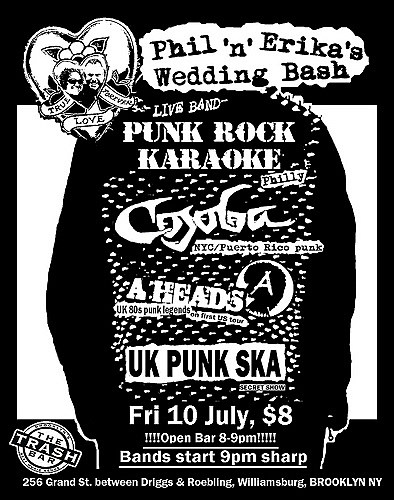