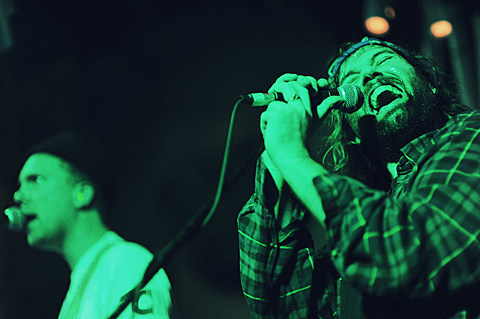 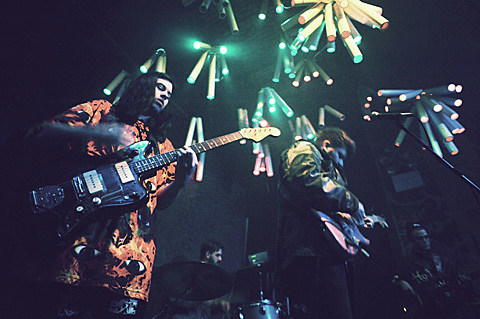 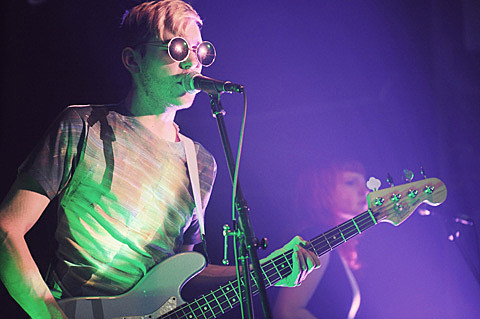 As you may know, Williamsburg's Glasslands -- the last holdout of the Kent/S. 2nd block -- will be closing at the end of the year. Like Death by Audio did, Glasslands has seen a few mainstay bands get back together to say goodbye to the venue. Last Thursday (12/11) saw Brooklyn band Suckers come out of their cave after a year-plus hibernation. Main man Quinn Walker is a longtime member of the Glasslands family, so this was a real homecoming for the band. Also playing were DOM who seem to be back in action after frontman Dominic Cournoyer dabbled in dancepop as Kiss108 last year. Future Punx, who are very active, opened the night. Pictures of all three bands are in this post.

Other final Glasslands shows so far have included Waxahatchee, Yellow Ostrich, The Blow, and more. Still to come is How to Dress Well (tonight, 12/16), Peter Silberman & others, Widowspeak, Quilt & What Moon Things, Bass Drum of Death & Mitski, Trust, Cymbals Eat Guitars and more.

DOM were also supposed to play Mercury Lounge later this month but that show's been cancelled. More pictures of their Glasslands show with Suckers and Future Punx below... 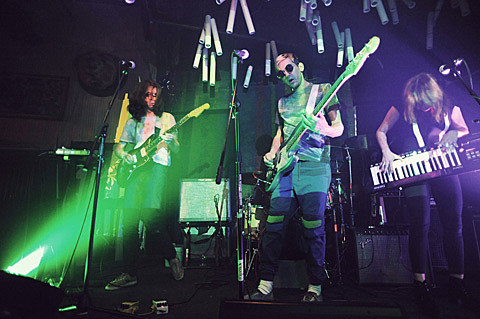 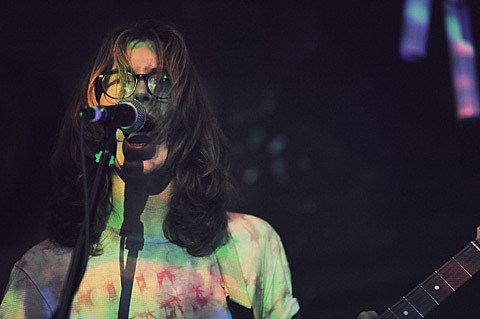 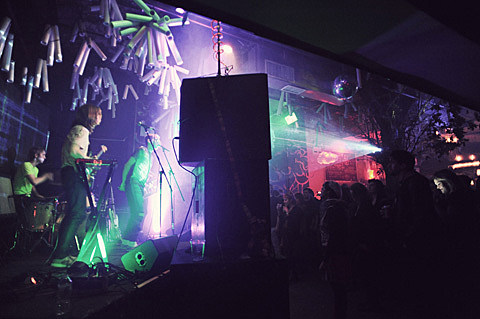 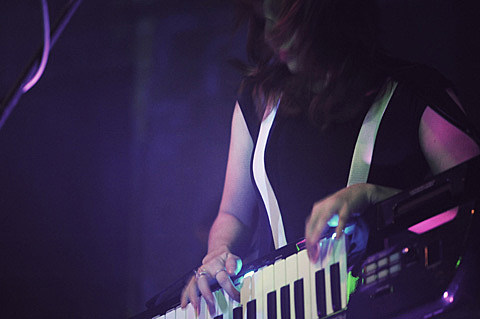 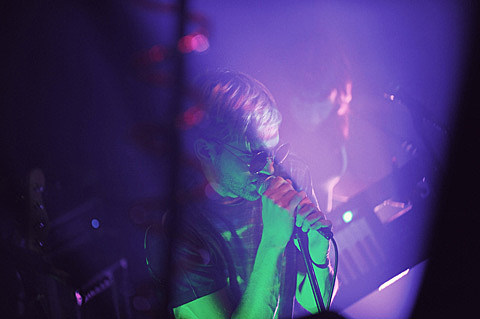 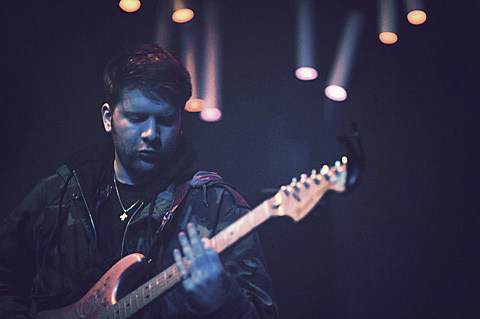 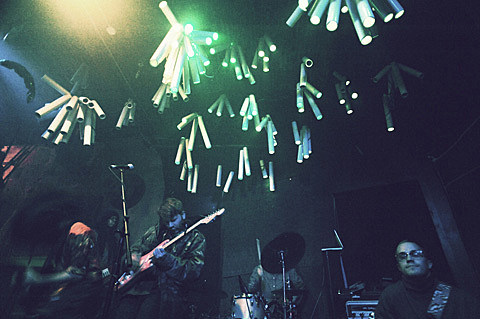 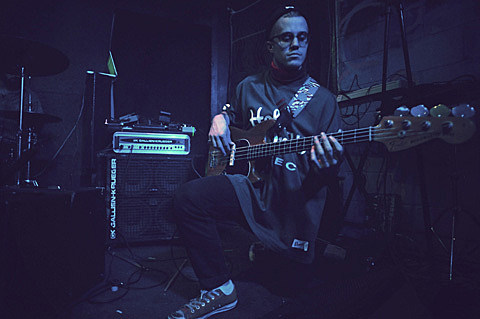 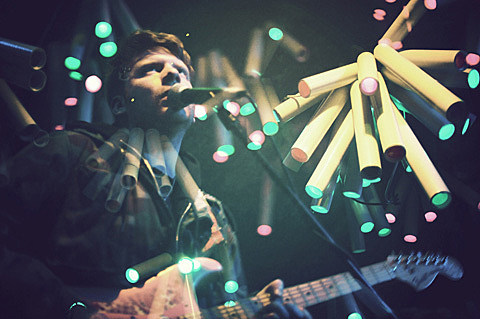 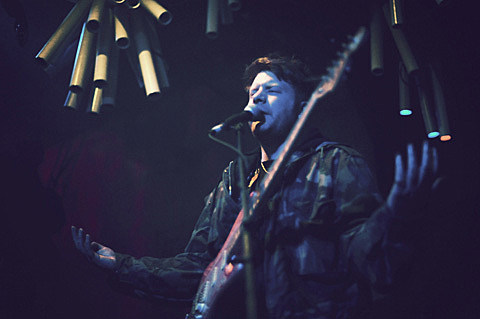 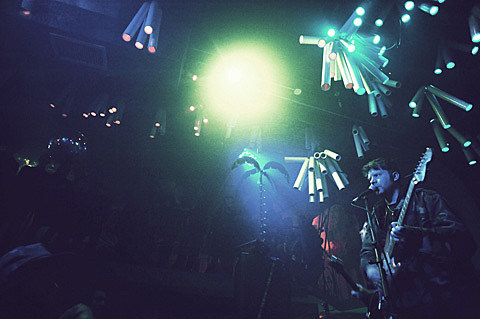 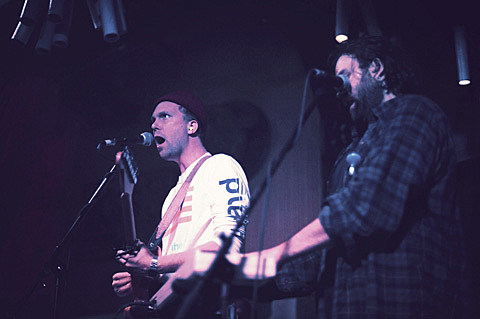 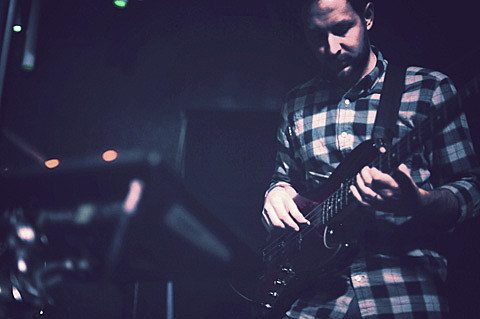 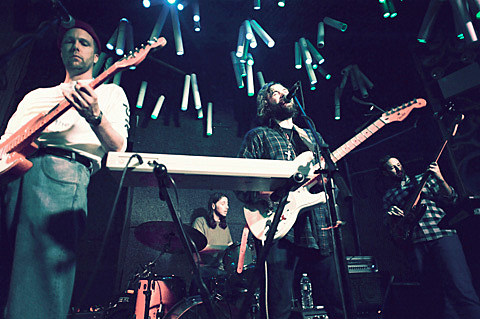 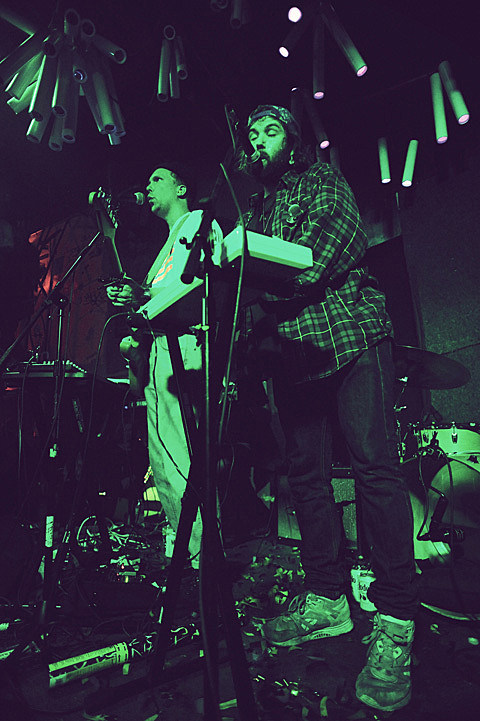 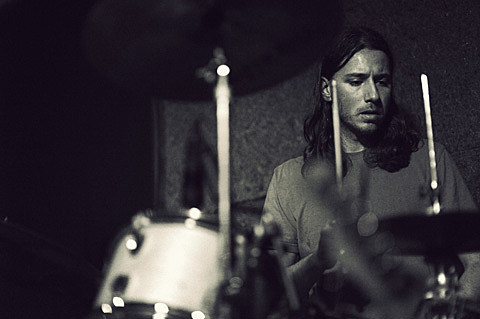 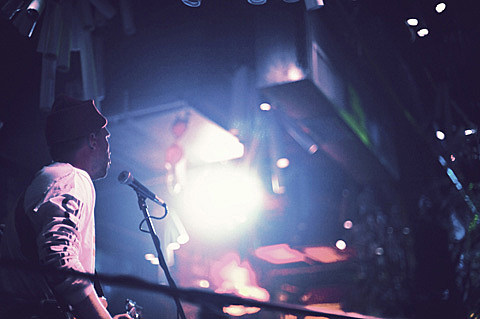 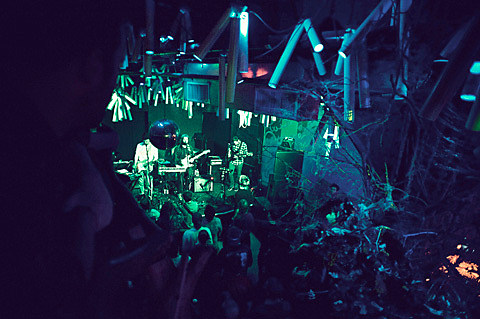 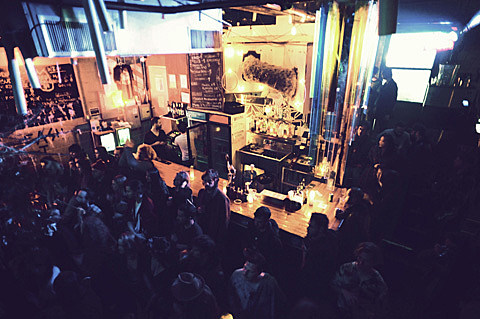