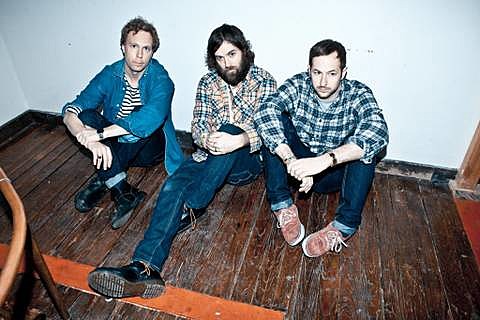 As mentioned previously, Brooklyn's Suckers' have a new album, Candy Salad, which is now out on Frenchkiss. The band plays a record release party tonight (May 1) at Glasslands with openers Acrylics, Turn to Crime and Papertwin. The next day, Suckers start a month-long tour with their labelmate Young Man (plus a few dates with labelmate Devin), and all scheduled dates are below.

At their best, Suckers' songs-- rousing post-Arcade Fire uplifters, vitamin E-soaked sunbeamers, and the occasional yearning ballad-- match ornate instrumental flourishes to rousing, roundabout melodies. But Suckers are tinkerers at heart, and with producer Matt Boynton behind the boards this time out, no sound on Candy Salad's left untweaked, untreated, or untroubled. It's a real surplus of sound, but sometimes the songs themselves feel a little lost amidst the shuffle.

You can stream album track "Chinese Braille" at the bottom of this post or listen to the whole album via Spotify. Click through for Suckers tour dates, record release show flyer and that track stream.... 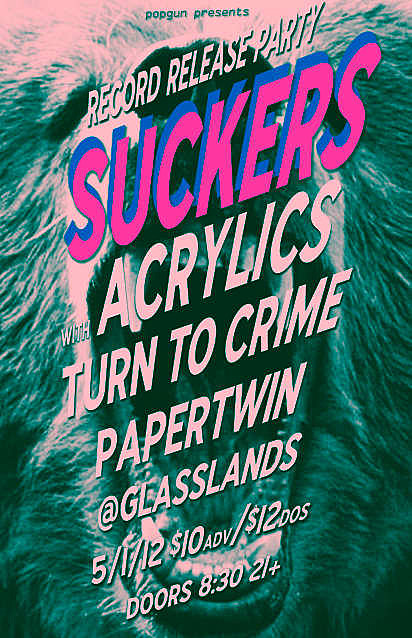