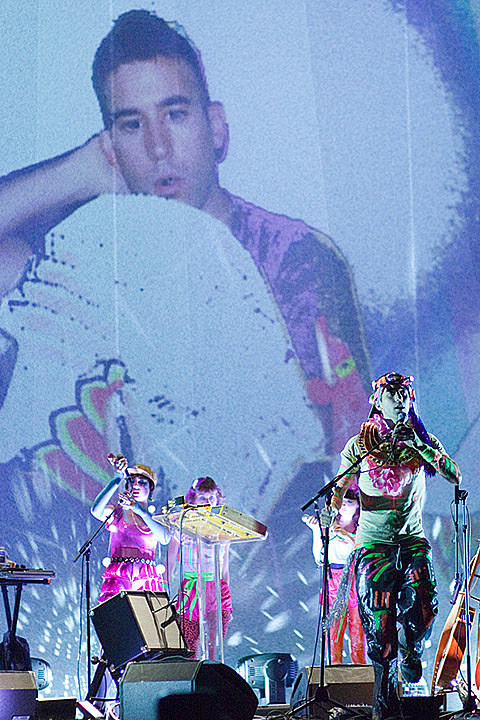 As previously mentioned, the two Sufjan Stevens Prospect Park shows will be your last chance to experience the AGE OF ADZ tour in all its neon glory. The August 2nd show is still sold out, but tickets are still available for the show on August 3rd. We also have a pair you can win to the second show. Details on how, and a trailer that the Asthmatic Kitty team created for the shows (in which you are encouraged to bring neon, gaff tape and your dancing shoes), below...

Is it Possible? Only One Last Chance?
The final performance of Age of Adz brings musical cosmonaut Sufjan Stevens and his Astral Masters of Song and Dance to the backyard barbecue of Prospect Park!

To win the Sufjan Stevens tickets, e-mail BVCONTESTS@HOTMAIL.COM (subject: Sufjan). Include your first and last name in the email. Winner will be randomly selected and awarded the tickets and contacted. Good luck! FYI, don't worry, your name/email will not be used for any horrible purposes.

P.S. Make is now out on DVD and digital download.