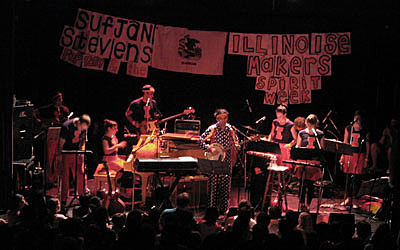 I didn't go to Movable Hype last night (Monday, August 22, 2005). I had a ticket to see the Kid Dynamite reunion at CBGB which I figured would be over by 9:00. Then someone out of the blue offered me a free ticket to see Sufjan Stevens & Bunky at Bowery Ballroom again. I accepted. Unfortunately CB's added unannounced openers. The reunion show ran later than expected. That meant I missed Bunky :(, but I did make it to Bowery in time to catch Sufjan's entire performance. It was the fourth of five sold out NYC shows. It was fake tattoo night. 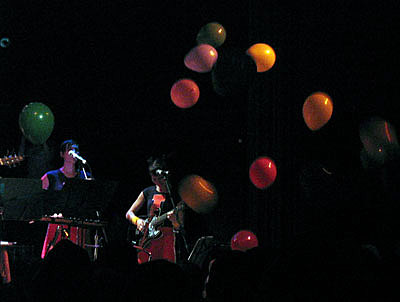 This time I got the chance to see the show from the back of the room. Sunday night I was up front. I can't say if one was better than the other. I can summarize the criticisms I've read in the comments and heard people say (both in actual conversation and while eavesdropping):
* It's hard to tell when and if Sufjan is being ironic
* Too many pauses between songs, too unrehearsed, instrument changes take too long, trying too hard, etc...

It would of been nice to see Bunky perform again. Next time. 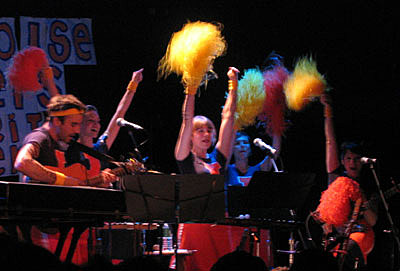 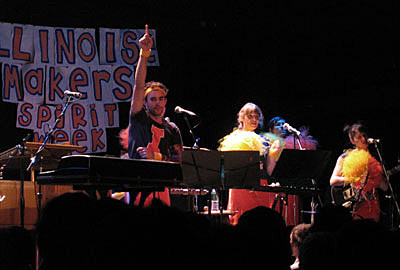 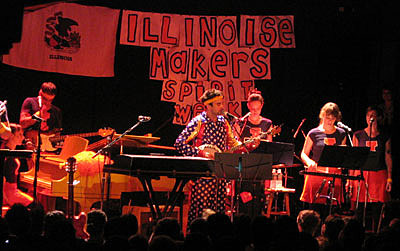 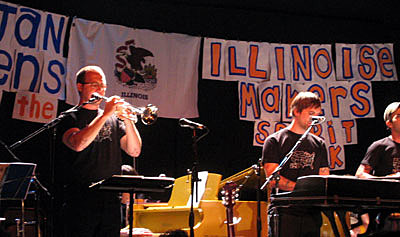