Some of us were at the Winter Garden for a tribute to the Boss Saturday night. Others were packed into Tonic to see Mr. Alec Ounsworth. Then there were those catching either the 8:30 or 10:30 Sufjan Stevens show at Lincoln Center's Allen Room in NYC. The rest of this post is a compilation of reviews, photos, and links sent to me by you.... 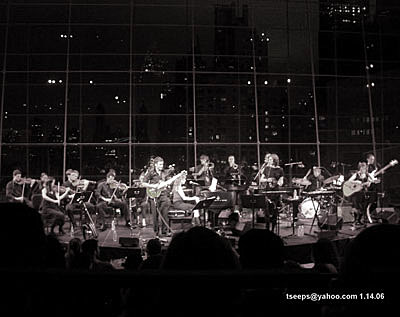 Reviews @ Mesh Magazine, Village Indian, and Variety and one of the early show by Cioran Sellars right here: "Well I saw Sufjan Stevens at Lincoln Center tonight. Ah what can I say? I've seen Sufjan and co-horts once before at the Bowery ballroom, where I must admit I was somewhat distracted/transfigured by the luminous Katrina Kerns. I remember thinking that I've been looking for a cult worth joining, and if this cult was this intelligent and attractive I'm in. Back then they were all in cheerleading outfits, this time they looked dressed for the prom. Sufjan's babes were endearingly awkward in slightly geeky dresses and ill footing boots. Freed from the bondage of having to promote the last album (however much I like it) and with only an hour and fifteen minute set they concentrated mostly on my favorite songs (no John Wayne Gacy alas) with a good heaping from "Seven Swans" and the orchestra added to some songs (He Woke Me Up) and perhaps clouded others but there is something about seeing Sufjan and crew that awakens some urge to continue living in me......

.....And come to think of it about half of the songs played tonight had themes of waking up - or as he put it are you half awake or half asleep? There is something about great art (despite Mr. Raymond Carver's remarks to the contrary in "Fires") that makes one want to live larger to live more heroicially (the theme of my unproduced play) that always grabs my neck. I love that Sufjan has a song about Flannery O'Connor's A Good Man is Hard to Find (ladies I am available btw) for I really think it all comes down to having that gun against your head - how would you live if you had that gun against your head. And of course Dostoevsky survived having a gun literally against his head...survived to become a reactionary who however much he maligned say Kirilov left a trail..." 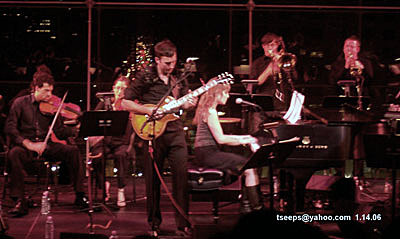 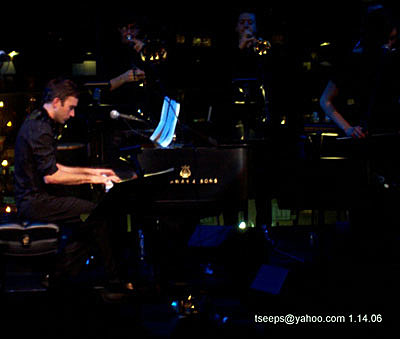 Thanks to Jonathan for getting me the above three shots. They were snapped by Tsippa. 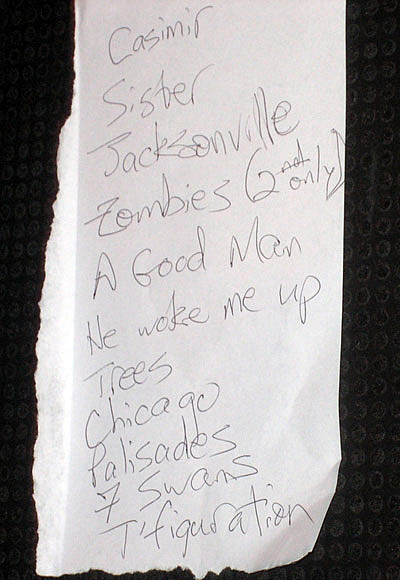 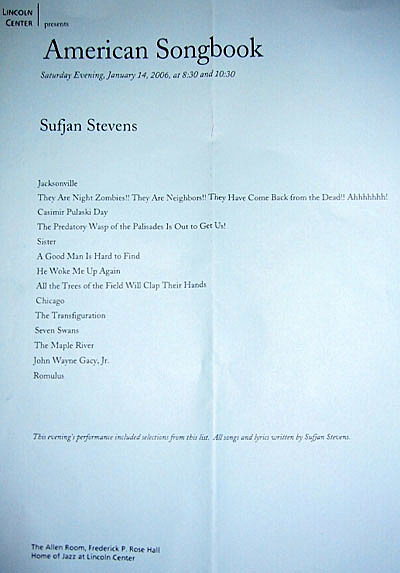