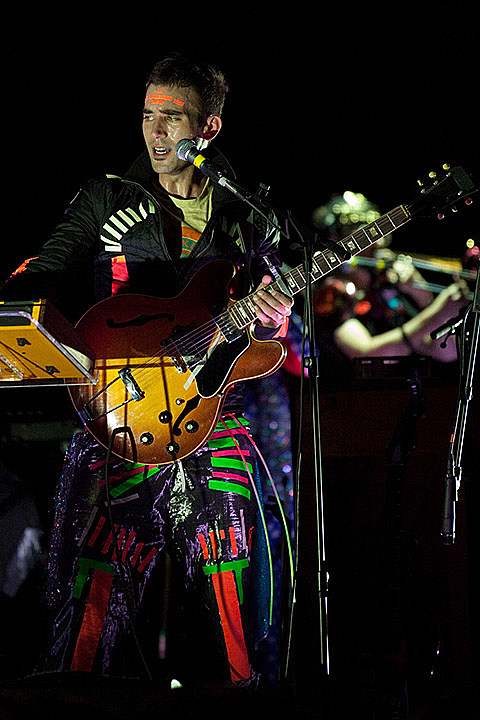 Tickets for Sufjan Steven's August 2nd's appearance at the Prospect Park Bandshell have flown away. Luckily, the notorious S.O.O.F. will bless the park with a second date on the following night: August 3rd at Prospect Park Bandshell. Tickets for the new Brooklyn show go on AEG/venue presale at 10AM on Thursday (6/17) and noon on Friday (6/17). No word on openers (though we think My Brightest Diamond is opening the first night). We'll keep you posted.

In other SOOF related news, IFC is currently streaming a clip from the film Make:

Directors Scott Ogden and Malcolm Hearn's documentary, "MAKE," is about four artists on the furthest fringes of our society. Isolated by their disabilities, they find a voice and try to make sense of a world that shuns them, through incredible works of art. These are the characters that inspired Sufjan Stevens' album, "The Age of Adz." Stevens, who called the film "a beautiful and insightful look at the sublime task of making art when nothing will else do," based his album's narrative specifically on the life and apocalyptic work of the schizophrenic artist, Prophet Royal Robertson featured in "MAKE."

..."MAKE" includes a soundtrack with original compositions from Sufjan Stevens and Marc Bianchi (Her Space Holiday), along with music by Jim Guthrie, Oneida, Tommy Guerrero, and Au Revoir Simone.