Sufjan at Prospect Park in 2011 (more by Amanda Hatfield) 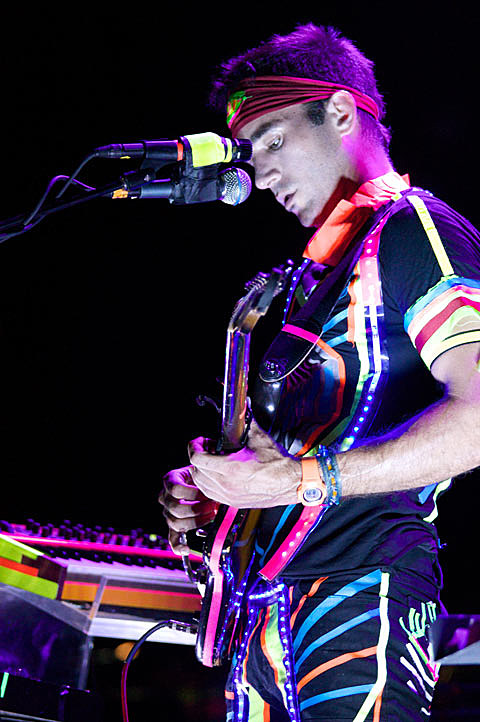 As mentioned, Sufjan Stevens is releasing more Christmas music this year, and he'll continue the celebration with a series of shows dubbed "The Surfjohn Stevens Christmas Sing-A-Long Seasonal Affective Disorder Yuletide Disaster Pageant On Ice" with support from Sheila Saputo. Those shows include a two-night run in NYC at Bowery Ballroom from December 21-22. Tickets for both shows go on sale Friday (10/12) at noon.

A list of all Surfjohn Stevens Christmas Sing-A-Long dates and a stream of "Christmas Unicorn" from his upcoming release are below.