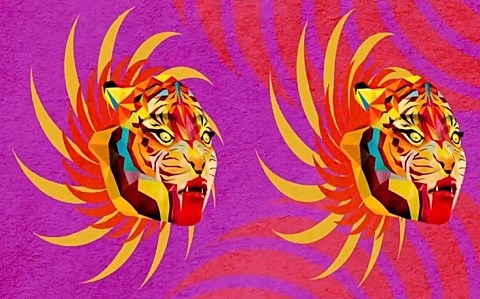 Enjoy Your Rabbit was also reworked as an orchestral album in 2009 by the Osso String Quartet, and was released under the name Run Rabbit Run with arrangements from Nico Muhly, Rob Moose, Gabriel Kahane, Michael Atkinson and more. TONIGHT (7/22) in Central Park, Michael Atkinson's New York orchestra The Knights will be performing the US premiere of a suite from Run Rabbit Run as part of the Naumburg Orchestral Concerts series in between performances of Bela Bartok and Igor Stravinsky. It beings at 7:30 PM, is free, and entry is first come, first served. More info here.

We're not sure exactly how early you need to get on line to get a seat for the show tonight, but we know at least it's not as hard as getting one of the tickets for Shakespeare in the Park which saw many getting to Central Park before dawn this morning. "King Lear," starring John Lithgow and Annette Bening, begins tonight.

The Naumburg series continues with two more concerts in August, and The Knights have other dates including a Brooklyn show at Roulette on September 18.

Watch that Sufjan video below...