photo: Sufjan Stevens at Kings Theatre in May (more by Amanda Hatfield) 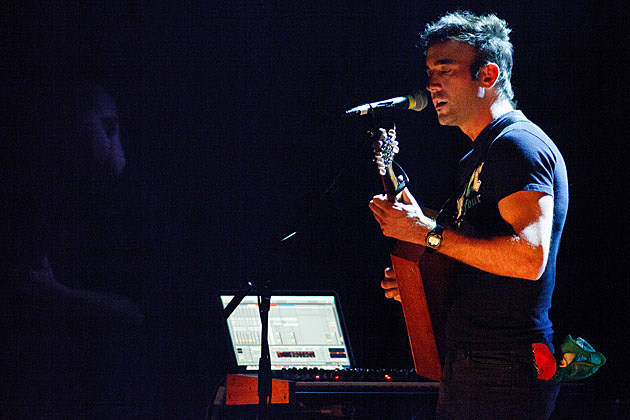 Sufjan Stevens will continue to tour in support of this year's excellent Carrie & Lowell, with a newly-announced fall US run.

The tour doesn't bring him back to NYC (which he played three times this year), but it will be nearby for a Jersey City show on Halloween at Loews Jersey Theatre. Tickets for that show go on sale Friday (7/24) at 10 AM with a BrooklynVegan presale starting Thursday (7/23) at 10 AM. Check back here Thursday morning for the password.

All dates are listed, with a stream of his recently-released song "Harsh Noise," below...