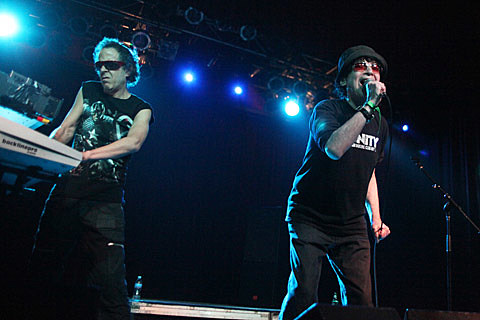 Due to illness, Suicide has cancelled their previously discussed appearance where they were planning on perforiming their first LP in its entirety. Bush Tetras, originally scheduled for the support slot at LPR on 11/29, has now moved to the top of the heap alongside supporting band Sediment Club.

All tickets will be honored for the show, which is now billed as a release party for Bush Tetras new LP Happy. The record, laid tape in 1998, was released last week via Reachout International. The first 50 people through the door get a copy for free.