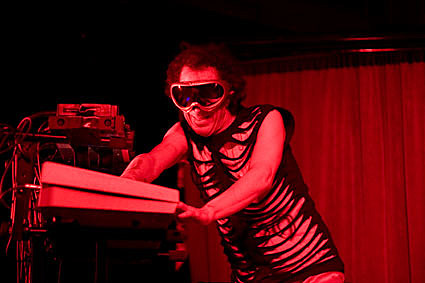 All of the originally-announced openers for tonight's MGMT show at Webster Hall (10/30) have myseriously been replaced by just Suicide, which as someone pointed out is a bit of a travesty from the point of view of Suicide=legends=openingForMGMT, BUT according to Martin Rev's MySpace, they are technically co-headlining. MGMT also play Music Hall of Williamsburg on Halloween.

Suicide play their own show at Europa in Brooklyn (again) on December 11th with A.R.E. Weapons as opener. Tickets are on sale.