DOWNLOAD: Summer Camp - "All I Wonderful Christmas Is You" (MP3) 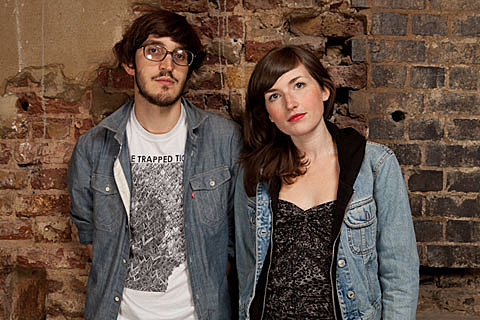 UK duo Summer Camp released their catchy debut LP, Welcome to Condale this past October via Moshi Moshi (you can buy it on eMusic), and followed the release with a European tour. Now, they're set to head out on a short North American tour in support of the album, which kicks off in NYC, where they made their American debut this past March. While they're here, they'll play Mercury Lounge on February 6 and Glasslands on February 7. Tickets for the Mercury show and the Glasslands show are on sale now. No openers have been announced for these shows yet, but stay tuned. All dates are listed below.

In related news, Fanfarlo, which Jeremy Warmsley, who is one half of Summer Camp, is a sometimes member of, just announced a Webster Hall show happening on March 6. Tickets are still available.

All Summer Camp dates and stream below...