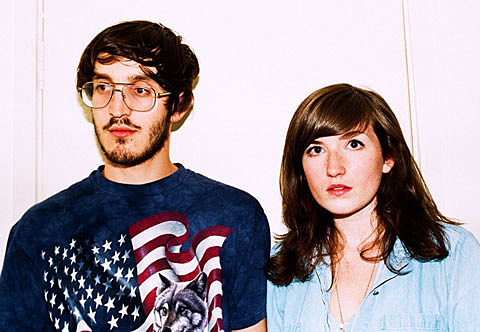 UNDER THE RADAR MAG: Any plans for the rest of the year and 2011? Where will you be touring?

SUMMER CAMP: We just finished up the U.K. festival circuit, which was amazing. For the rest of the year, we're going to first take a little time off in the last of the summer sun and then we're going on tour in the UK with a great U.K. indie band, Frankie and the Heartstrings, which is really exciting. We'd love to tour the States, needless to say, and we'll hopefully make it over some time next year--Australia, Japan, Canada and Europe are all on our wish list too. Apart from that we're just going to carry on writing 'till our keyboards explode.

That interview was conducted in 2010 which means they got their wish. Tickets are on AmEx presale now (general sale starts Friday at noon) for a March 2nd Summer Camp show at Mercury Lounge in NYC, USA. More dates TBA, though those in the band's home UK can catch the band at shows on January 29th and February 2nd. Download "Ghost Train" above and listen to some more songs over HERE.