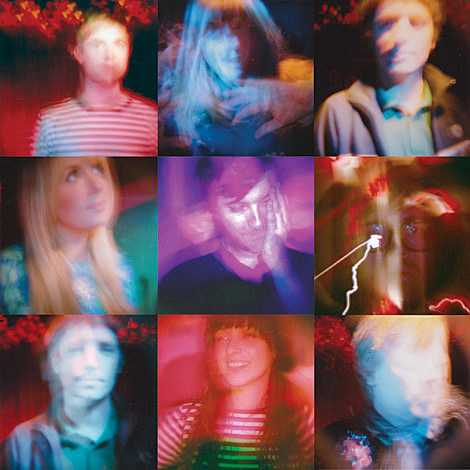 As previously reported, Australia is invading America (and NYC) this month -- musically speaking -- and another battalion has been added to their ranks: Melbourne's Summer Cats. The band are making the most of their trip with a quick East Coast / Midwest tour -- including Mondo! at Don Hill's on Friday (3/5) and then Bruar Falls in Brooklyn on Sunday (3/7) -- then down to Austin for SXSW, then to California for the West Coast editions of Slumberland's 20th Anniversary concerts.

Summer Cats are an almost quintessentially Slumberland-sounding band: sunny male/female vocals, jangly guitars that sometimes get very very noisy, and vintage organ. The band kind of is vintage Slumberland too -- singer Scott Stevens spent a good portion of the '90s fronting shoegazers The Earthmen, whose "Cool Chick #59" was one of the label's early singles. After a string of 7"s on labels like Popboomerang and Cloudberry, Summer Cats became labelmates of Pains of Being Pure at Heart and Crystal Stilts and released their debut album, Songs for Tuesdays, last year.

There's a brand new single out from the band, "Your Timetable," that definitely dips into the band's distortion-loving side. You can download it's poppier flipside, "TV Guide," at the top of this post. There are three other Summer Cats tunes to download too, do check them out -- good stuff.

As for the West Coast Slumberland 20 shows are happening March 27 in San Francisco (sold out) at the Rickshaw Stop, and then the next night (3/28) at the Echo in Los Angeles. As much as I enjoyed the SL20 show at Bell House back in November, I'm more than a little jealous of the California line-ups, especially the San Francisco one. Both shows are headlined by UK indiepop stalwarts Boyracer who are currently claiming these will be their last-ever shows, plus Henry's Dress (original lineup!!!), Go Sailor (Rose Melberg of Tiger Trap/Softies and Amy Linton of Henry's Dress/Aisler's Set, their first show in 14 years!), and more recent Slumberland acts Brown Recluse, Devon Williams, Neverever (ex Royal We and Bricolage), and third-ever (and fourth-ever) live performances of Sic Alps side project, The How. The Rickshaw Stop show also has local Slumberland act Brilliant Colors. And Summer Cats, of course. Holy crap!

Summer Cats also play the Cake Shop/Slumberland showcase at SXSW (3/19 at the Mohawk)  that also features The Pains of Being Pure at Heart, Frankie & the Outs, Grass Widow, Reading Rainbow and Standard Fare (who we just posted about). 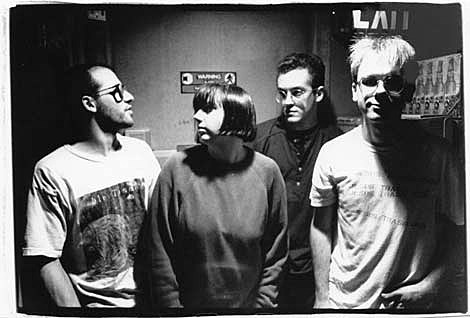 While on the subject of Slumberland Records, and to make this post as tangential (and Brooklyn Vegan-esque) as possible, as part of the label's 20th anniversary they're putting out a new compilation of one of their earliest bands: the short-lived but highly influential Black Tambourine. The group was made up of Pam Berry (also of Glo-Worm and co-founder of zine chickfactor), Velocity Girl's Archie Moore, Brian Nelson and Mike Schulman who runs Slumberland to this day. This replaces the label's previous Black Tambourine comp, offering up six previously unheard tracks. Two of those tracks are demos and the other four are brand new -- two originals, plus covers of Buddy Holly and Suicide. Out March 30, Black Tambourine will be available on CD and a gatefold double LP. Despite the new recordings, the band aren't getting back together or touring... so don't get too excited (editor's note: though I heard there is a chance of a UK show). There is a new video for their song "For Ex-Lovers Only," which you can watch below (and download an MP3 above).

After the jump there are Summer Cats videos and tour dates, and that Black Tambourine music video, album art and tracklist... 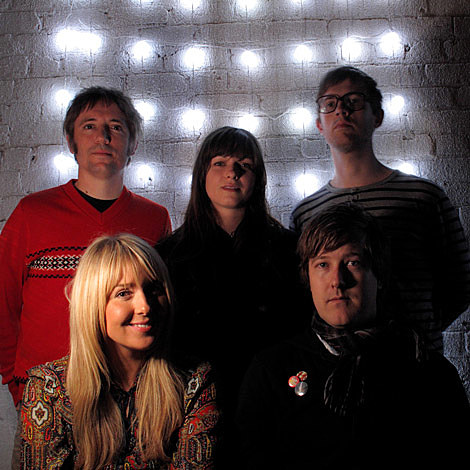 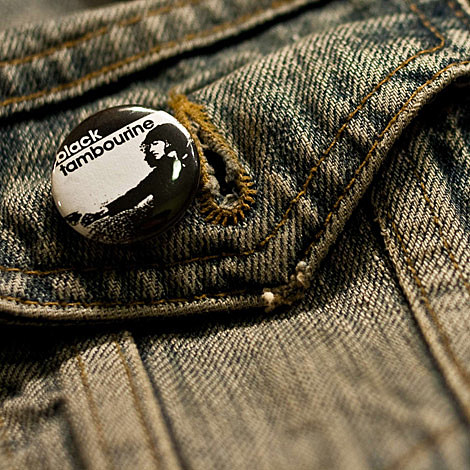