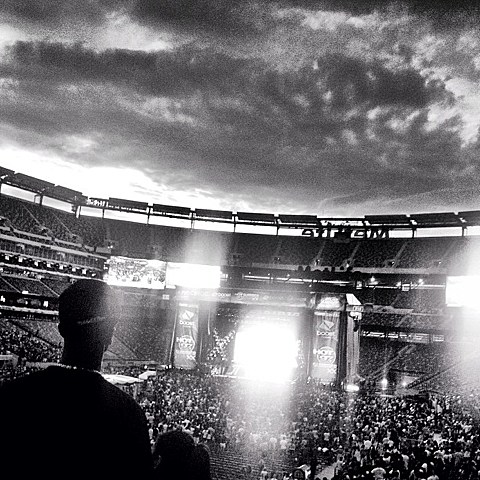 Hot 97 Summer Jam went down at MetLife Stadium last night (6/2) with sets from Kendrick Lamar (joined by other Black Hippy members), A$AP Rocky (joined by Kendrick and 2 Chainz on "Fuckin' Problems," and also by Bone Thugs-N-Harmony), Miguel (joined by Mariah Carey), Wu-Tang Clan, Fabolous (joined by Lil Kim), 2 Chainz (joined by Nicki Minaj which is a big deal for anyone invested in the controversy surrounding her canceling her set at last year's Summer Jam), and more.

Unfortunately for those in attendance, the festival was cut short during headliner French Montana's set due to "flash flood and lightning warnings." You can learn more about that at Hot 97's site.

Some videos from the festival below...