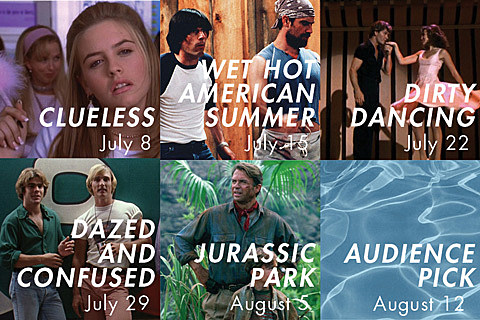 Summerscreen, which is in its 10th year, already announced its movie lineup and they've now announced the bands (curated by Todd P) that will play before the film starts. Things kick off Wednesday (7/8) in McCarren Park with Alicia Silverstone comedy Clueless and an opening set from Zs. After that it's Regal Degal playing before Wet Hot American Summer (7/15), Blues Control before Dirty Dancing (7/22), Excepter before Dazed and Confused (7/29), Jah Division before Jurassic Park (8/5), and a "secret guest" playing before the final film on 8/12 which is once again an "Audience Pick." Gates open at 6 PM and bands start at 6:30, with the movies starting at sundown.