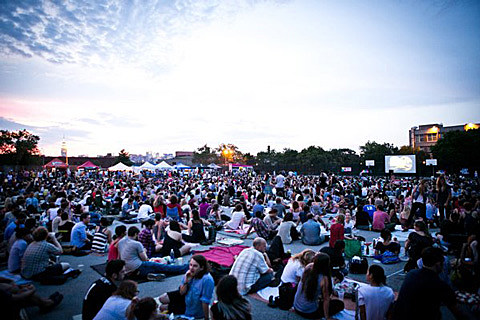 For the Audience Pick, you can vote on whether you'd like to see Back to the Future, Do The Right Thing, Ferris Bueller's Day Off, Labyrinth, Purple Rain, Reality Bites, The Craft, The Goonies, Friday, or Bring It On.

Todd P once again will be curating the pre-screening live performances which will be announced closer to SummerScreen's first Wednesday.