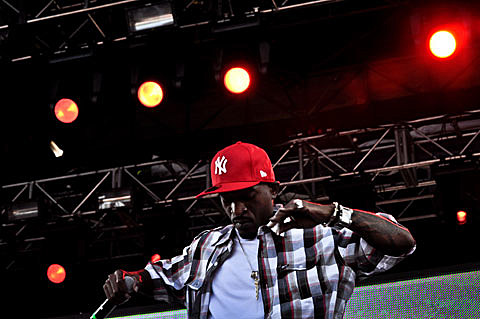 Talib Kweli is not the only hip hop great scheduled to play a free NYC show as part of Summerstage this summer. The series will host hip hop notables like Special Ed (6/8 in Betsey Head Park), Nice & Smooth with The Awesome Two (6/15 in Von King Park), Slick Rick (7/12 in Crotona Park), Kool Moe Dee (7/19 in Queensbridge Park), The Sugarhill Gang (8/2 in Tappen Park, Staten Island), and The Cold Crush Brothers (8/24 in East River Park), and others.

Funkmaster Flex will host his own set of "Salute to Hip Hop" Summerstage shows, and though most of the performers have yet to be announced, EPMD will perform at the first on 6/7 at Betsy Head Park in Brooklyn. EPMD will return with Rakim to take on Summerstage in Central Park on 9/21, and before that Funkmaster Flex has other shows going on in Soundview Park on 6/28 (performers TBA), in Queensbridge Park on 7/21, a show with Rob Base on 8/9 at Marcus Garvey Park.

More details to the previously mentioned shows, are below.