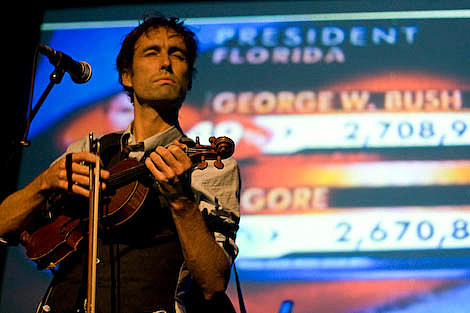 Summer is not technically here, but the summer season of free NYC shows is beginning. Summerstage (which now encompasses shows in many NYC parks) kicks off tonight (6/7) in two locations. The mainstage in Central Park is hosting "an evening of music, dance, art and stories with legendary cellist Yo-Yo Ma, his internationally acclaimed Silk Road Ensemble, and NYC students." On the other side of the spectrum, Betsy Head Park in Brownsville, Brooklyn is hosting the first of Funkmaster Flex's Salute to Hip Hop" shows tonight with EPMD. Special Ed plays Betsy Head Park on Wednesday (6/8). B.T. Express play there on Thursday (6/9).

Flex and EPMD again share the bill at an early show (2 PM doors) on the Central Park Mainstage with Rakim on August 21. Flex moves to other parks throughout the summer too.

To stereotype for a second, BV readers may not be flocking to see the cellist in Central Park or the hip hop in Brownsville this week, but are likely to be out in full force when indie rock violinist Andrew Bird kicks off the free Celebrate Brooklyn season in Prospect Park this Friday (6/10). After the opening night gala, the free-to-the-public Andrew Bird show begins (with no opener) at 8:15pm.

You can also pay to see Andrew on his previously announced solo tour this fall which hits Bardavon 1869 Opera House in Poughkeepsie on October 17 (tickets and Tarrytown Music Hall in Tarrytown on October 21 (tickets). 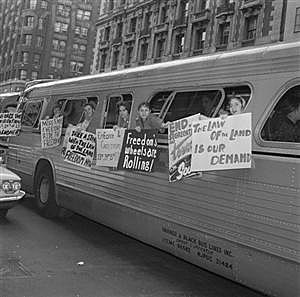 "The maverick music producer HAL WILLNER brings his golden Rolodex and singular genius for curating multi-artist concept shows to the music of the Civil Rights Movement. Commissioned for Celebrate Brooklyn!, this concert celebrates the 50th anniversary of the Freedom Rides, which integrated the interstate bus system and helped bring America's and the world's attention to the deprivations of the segregated South. In what promises to be an unforgettable event, Willner will convene his usual surprising and eclectic array of musicians, actors, and other artists--established and emerging, famous and infamous--to perform songs that inspired, illuminated, and sprang from the tumultuous aftermath of the Movement. The evening begins with a pre-performance artists discussion. Performers subject to change.

Many more free summer shows to come. Check out the full Summerstage and Celebrate Brooklyn lineups at their sites.