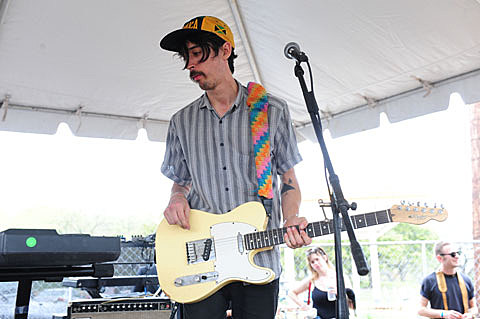 Sun Araw and M. Geddes Gengras took part in one of 2012's most interesting (relatively) obscure releases with Icon Give Thank, a collaborative album with reggae legends/Lee "Scratch" Perry associates The Congos. And towards the end of the year, the three collaborators released a 5-track live EP recorded with the Raw Power Band at the Village Underground in London this past June. You can download that EP (name your price) at bandcamp and stream the whole thing below.

Both Sun Araw and M. Geddes Gengras are teaming up this month for a NYC show which happens on January 19 at Knitting Factory with Ital, who toured with M Geddes Gengras (and Laurel Halo) in 2012 around the time he dropped Dream On, his second album of 2012. Tickets for that show are on sale now. It's the only currently announced date for Sun Araw but Ital has other upcoming dates, which are listed below.

All streams and a list of Ital dates below...