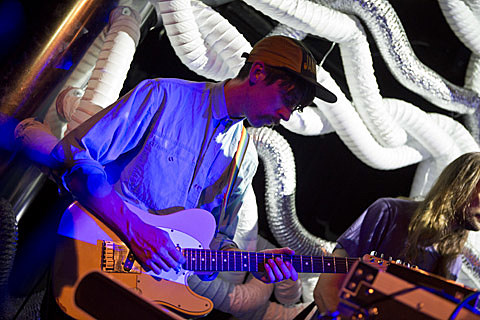 Sun Araw, the experimental music project of Cameron Stallones, is set to release his next album, Belomancie, on February 18 via Drag City. You can listen to one of its tracks, "Huff," along with the album artwork and tracklist below.

Sun Araw will be performing solo in NYC TONIGHT (2/3) at Body Actualized Center (143 Troutman St), though you probably won't hear the Belomancie material. He's perforimng his piece, The (3) Vases, which is billed as "a solo live musical performance of new works by Cameron Stallones." Also on the bill is ex-Emeralds guitarist Mark McGuire, who was initially billed as a DJ, but is now playing live. Maybe you just caught Mark playing at Baby's on Friday (1/31)?

Speaking of Emeralds and Sun Araw, Outer Space (John Elliott of Emeralds) and frequent Sun Araw collaborator M. Geddes Gengras are both playing this weekend's Mixology Festival which goes down in Brooklyn at Roueltte (509 Atlantic Ave). Outer Space and M Geddes Gengras play Saturday (2/8) night at 8 PM with Loud Objects (Tristan Perich and Kunal Gupta with Greg Fox of Liturgy/Guardian Alien), following a 1 PM Roulette Kids performance with Laraaji and two workshops (5 PM and 6 PM). On Friday night (2/7) at 8 PM it's Pete Swanson, Ben Vida and C. Lavender. 2-day passes are on sale now, as are tickets for Friday and Saturday.

Tonight's Sun Araw show is one of a couple upcoming dates for him, all of which are listed, along with the song stream, album artwork and tracklist, below... 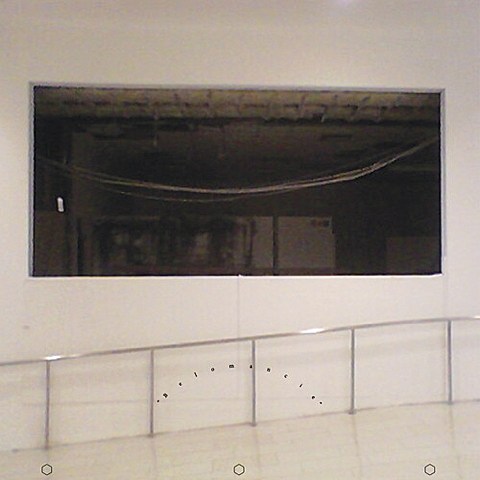