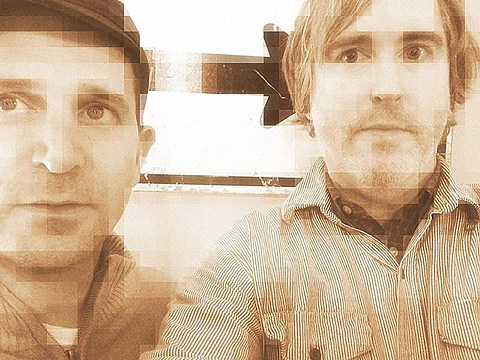 Seattle resident John Atkins has an impressive indie rock resume, having been in Hush Harbor and 764-Hero in the '90s, and Magic Magicians in the early '00s. Atkins recently formed Sun Breaks with James van Leuven, who you may know as Plan B (but not the UK Plan B or the Puerto Rican reggaton Plan B or the early-'90s German punk Plan B). You can definitely hear his past in Sun Breaks' music (and Atkins' vocals, which have always been similar to Built to Spill's Doug Marstch), but this is not a retro project. The band just let forth their first EP, five hooky pop songs given clattering percussion and appealingly kitchen-sink production.

Opening cut "Side of the Road" features Jenn Ghetto of S (and Carissa's Wierd before that) and you can stream that and the whole EP below.