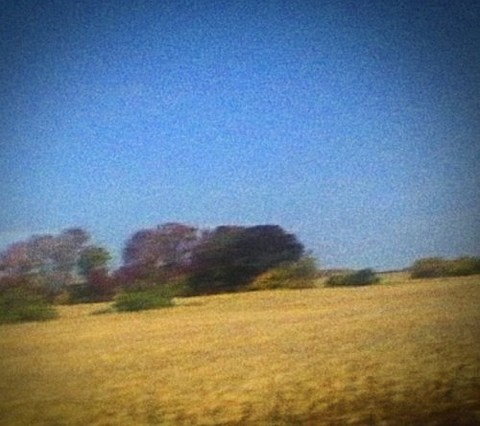 Sun Kil Moon, the current project of Mark Kozelek (ex-Red House Painters), released his newest album, Benji, last month via Mark's own Caldo Verde Records. Recorded with Steve Shelley (Sonic Youth), Will Oldham (Bonnie 'Prince' Billy), Owen Ashworth (Casiotone for the Painfully Alone/Advance Base) and Postal Service collaborator Jen Wood, the album is some Mark's most personal, blatantly honest, and heartbreaking material yet. He sings about the deaths of family members, the Newtown shooting, his childhood sexual experiences, and going to see The Postal Service in 2013 while reminiscing about meeting Ben Gibbard when Death Cab for Cutie played the small stage at a Spanish festival in 2000.

He also sings about watching the Led Zeppelin film The Song Remains the Same, listening to Pink Floyd's "Dogs," and pokes fun at Nels Cline. This is all done with incredible detail, and set to Sun Kil Moon's consistently great somber folk. It's one of Mark's best albums yet, and if you haven't heard it yet you can listen via RDIO. Three of its tracks can also be streamed below.

Mark will be in Austin for SXSW this week where his only show is the official Pitchfork showcase. Later in the year, Sun Kil Moon will go on a US tour following their appearances at Pitchfork Festival and Forecastle Festival that brings them to NYC for a show on July 24 at Town Hall. Tickets for that show go on sale Friday (3/14) at noon with an AmEx presale starting Thursday (3/13) at noon.

Steve Shelley was supposed to play as a member of SKM on the March/April European dates but had to cancel, though the band is hoping he will be able to join them on later dates. All dates are listed, with those song streams, below...