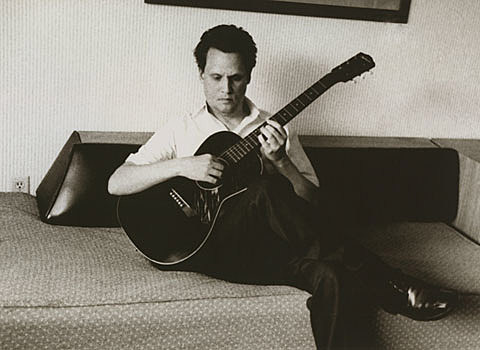 All direct purchases direct through the Caldo Verde website will receive a free, limited 4 song Sun Kil Moon EP entitled I'll Be There. The EP includes covers of Stereolab, Casiotone for the Painfully Alone, and The Jackson 5.

Casiotone for the Painfully Alone played an early show at Mercury Lounge in NYC last night (4/27). Sun Kil Moon frontman Mark Kozelek is playing a NYC show at Music Hall of Williamsburg on July 26th, 2010 ("Limited seating available!"). The Brooklyn date is one of three upcoming shows he has scheduled. The others are July 29th in London and July 31st at Sommerfesten Giske in Norway. Tickets for the NYC show go on AmEx presale at noon, and then general sale Friday at the same time.

One of Mark's most recent releases was a track on the Yo Gabba Gabba CD.

The track listings for Admiral Fell Promises and I'll Be There are below...