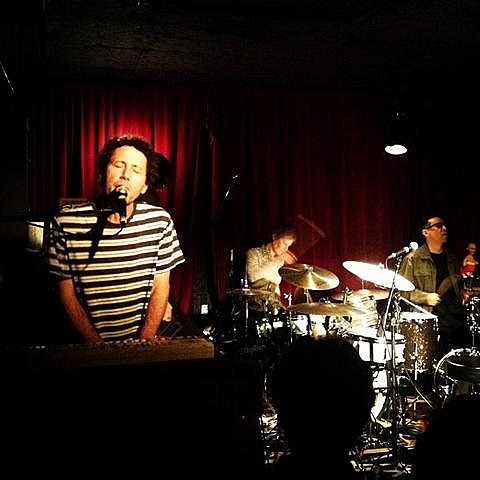 Sunday night was the second night of Yo La Tengo's annual Hanukkah Week residency at Maxwell's with surprise openers Fred Armisen and Sun Ra Arkestra. (Lambchop's Kurt Wagner made the night's mix CD.) Fred actually pulled double duty, playing drums for YLT's entire set (!) making for a double percussion evening that included covers of the Velvet Underground's "Who Loves the Sun?" and the Ramones' "Can't Make it On Time." The whole Sunday setlist is below (and check out Saturday's HERE.).

Any guesses as to who will open for Yo La Tengo tonight? UPDATE: It's The Feelies!

While Fred was laying down the beat, his voice could be heard on last night's episode of The Simpsons where he and Carrie Brownstein played a Portland couple who moved next door to Homer and Marge. The episode also featured Patton Oswalt and The Decemberists. In a strange coincidence, Portlandia returns with a new episode this Friday night (12/14) before the IFC sketch show comes back in earnest on January 4 (there's a private premiere party at a museum in NYC tonight). 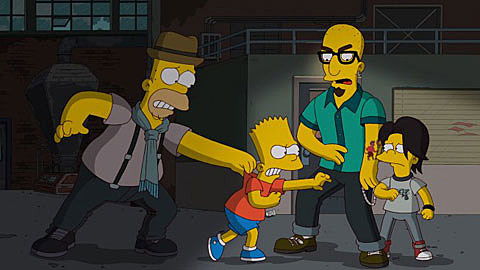 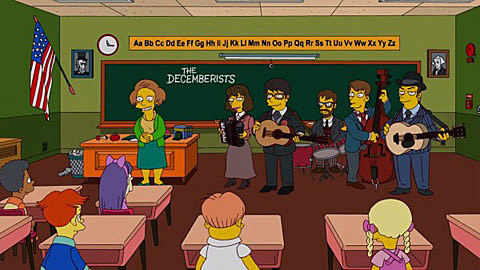 Fred was also on this week's Jamie Foxx-hosted SNL, but just barely.

Fred also recently sat in with Dinosaur Jr. at their You're Living All Over Me 25th Anniversary show at Terminal 5 and will be hosting the Snow Ball Ball at The Bell House this Sunday (12/16) which is now sold out.

Last but not least, Fred recently gave us his Top 10 LPs of 2012. Check that out, and take a look at Blonde Redhead's too (theirs contains Yo La Tengo opener Sun Ra Arkestra).

Yo La Tengo's Hanukkah Night 2 setlist is below.

Setlist: Yo La Tengo @ Maxwell's, 12/9/2012 (Hanukkah Night 2, via Jesse Jarnow)
Autumn Sweater
Sudden Organ
Who Loves the Sun (Velvet Underground)
Today Is The Day (fast)
As the Hour Grows Late
Stupid Things
Shadows
Black Flowers
Walking Away From You (with Sabir Mateen and Darius Jones on saxophones)
Shaker (with SM & DJ)
Nuclear War (Sun Ra) (with SM & DJ)
And The Glitter Is Gone > (with SM & DJ)
Our Way To Fall (with SM & DJ)