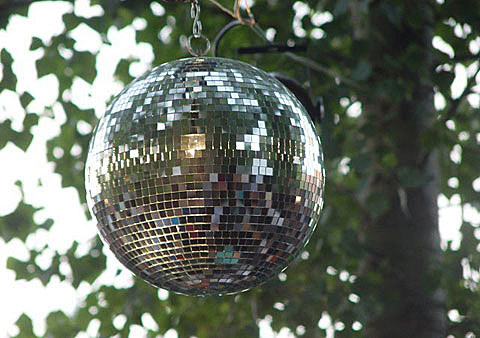 We are beyond happy to announce that we are taking a stab at bringing Sunday Best back to the very tree-specked, canal-side lot at 400 Carroll Street where we started this season and spent the past two years. This Sunday, June 13th, we'll begin. We'll be playing in the sunshine alongside LA boogie revivalist Dam-Funk.

We're taking it week by week: This Sunday there'll be no bar, and there can't be any alcohol at all on the property (so please, please, please leave it at home, as the rest of our season depends on it). The good news, though, is that the food vendors are prepping, and the disco ball will be spinning under the trees.

As usual, we'll have a back up in case of inclement weather, so keep an eye on our site if a storm comes up.

We look forward to joining everyone again in the great outdoors!

So after BKLYN Yard's season was abruptly halted after its first weekend, it looks like at least the Sunday Best party will, though dry, survive at the same venue (which is now just called "400 Carroll Street"). Tickets for all shows are on sale. Their schedule for 2010 is re-posted below...