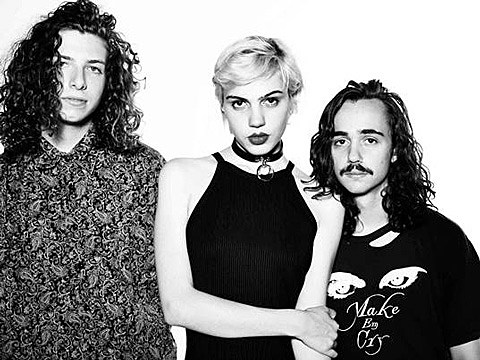 Teenage NYC trio Sunflower Bean have been ubiquitous on local show lineups for the past year. If you see live music a lot, chances are you've seen them or at least been at a show where they were on the bill. The group are set to release their debut EP, Show Me Your Seven Secrets, which will be out January 27. You can stream a few songs from it below.

Sunflower Bean will celebrate the EP's release at Baby's All Right on January 31 with Lightning Bug, Kissing Is A Crime, and LACED (Dustin from Beach Fossils' other band) also on the bill. The show is 16+ and tickets are on sale now. The band promise this will be a full-on party: "we're talking streamers, balloons, confetti, cake, THE WORKS." It's their only show listed at the moment, but that's likely to change soon.