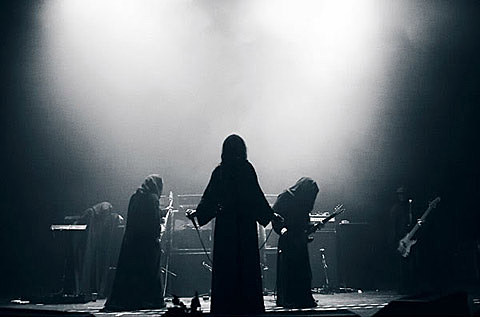 We already knew that sunn 0))) and Dead In The Dirt were heading towards NYC for Power of The Riff East, the two-day festival at Warsaw in Brooklyn going down from 9/1 - 9/2 (tickets for day one HERE, day two HERE). But now comes word that the pair have expanded that appearance into a week of shows that stretch from NYC down to Atlanta and includes a stop at Hopscotch Festival.

Dead in The Dirt participated in another Power of The Riff event, our collaboration during SXSW. Check out pictures from that event if you missed it. Otherwise, head below for a list of all tour dates as well as video.

DEAD IN THE DIRT @ ERNIE NOVEMBER