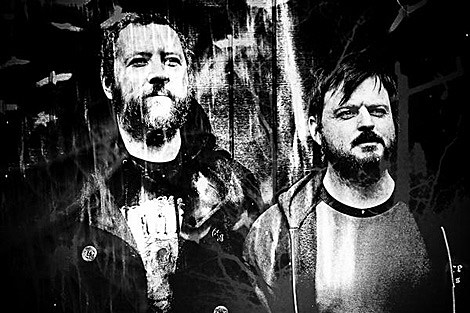 As members of a secretive brotherhood, Freemasons are no strangers to conspiracy theories. They've heard it all before: that they're child-sacrificing cult members, or religious zealots plotting a New World Order with the Jews, or satanic anti-religious alien spies.

With Dan Brown's newest novel, "The Lost Symbol," hitting bookstores on Sept. 15--much of it rumored to center around Masonic myths--the Masons are in preemptive damage-control mode. [Religion News]

Now that Dan Brown wrote a book on the Masons, it's safe to say that mom, dad, grandma, and my 14 year old cousin will probably know a thing or two about the secret society. Thankfully, Southern Lord will cast a little darkness back upon the Brooklyn Masonic Temple when the label hosts an absolutely mind-bottling lineup of sunn O))), Earth, Pelican, and Eagle Twin on 9/22 as part of The Blackened Music Series. Tickets are still available, though if you're lucky, you can WIN A PAIR as well as a copy of sunn O)))'s Domkirke 2xLP! Just email us at BVCONTESTS@HOTMAIL.COM with the subject line of "pronounced sunn not sunno" (include your first and last name).

The Blackened Music series is also responsible for Nadja and Mick Barr, which takes place on Saturday at Union Pool (9/19). Tickets are on sale.