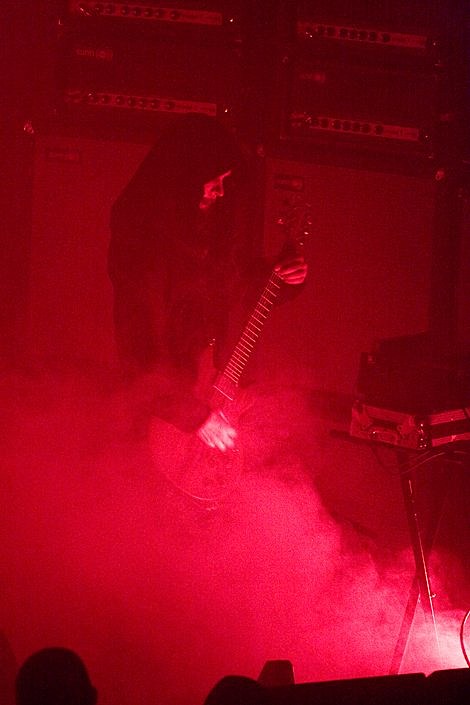 Roadburn has announced that sunn o))) will curate April 15th of the 2011 edition of the festival taking place from Thursday, April 14 to Saturday, April 16 in Tilburg, Holland. The festival will be followed by a fourth "Afterburner" event on Sunday, April 17, 2011. Details are sketchy/non-existent so far, but we'll have more as they arise.

Due to volcanic activity in Iceland, the 2010 Roadburn (review part 1, part 2) was marred by cancellations from Shrinebuilder, Enslaved, Jesu, Candlemass, The Gates of Slumber, Yakuza, Black Math Horseman, Soilent Green, and many others. I wouldn't find it too far-fetched to expect some of those bands to make it over for the 2011 edition.

sunn o))) will team up with Boris (who just played NYC) to perform Altar twice in the coming weeks. First, at ATP NY on Sept 5th and then again on Sept 7th at Brooklyn Masonic Temple with BXI (in between the two Sleep shows at BMT). Greg Anderson of sunn o))) recently played LA with Goatsnake as part of the Power Of The Riff Festival.