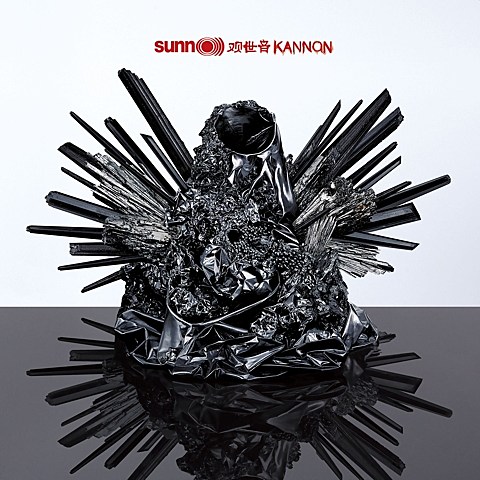 Sunn O)))'s new album Kannon is out later this week on Southern Lord, but you can stream it right now below (via Rolling Stone).

Kannon is another strong release from the influential art-doom outfit. The three songs here cover, as always, a surprisingly large sonic range for a band this deliberately monochromatic. There are more recognizable riffs here than usual, even as the face-numbing power of Sunn O))'s material still lies in the massive volumes and waves of sound. Mayhem's Attila Csihar (who just played MHOW with Watain) contributes his croak to the opening track, one of three different vocal approaches the band takes on the three tracks, which lends a dynamic that the band hasn't much played with in the past. As new as some of this is, we're at the point where a new Sunn O))) album is a new Sunn O))) album, and if you're a fan, you know what you're in for.

No word yet on tour dates beyond an appearance at Big Ears Fest and a couple dates in Australia. You can stream Kannon below.