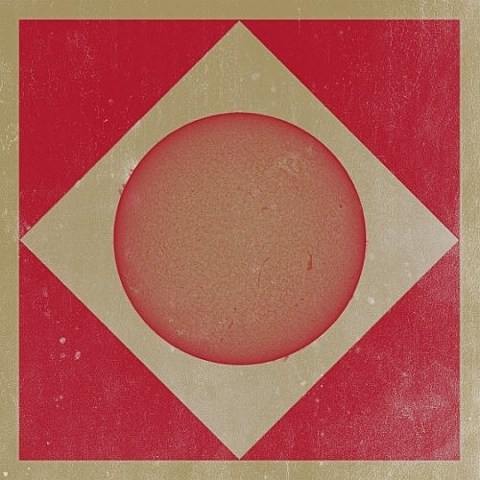 Back in November, we received word that American drone masters Sunn O))) and Norse avant-garde stalwarts Ulver would be collaborating on an LP titled Terrestrials. Some more details and a very brief sample from the third of its three songs have emerged; you can stream the sample below. It's only 3 minutes long, which makes it hard to extrapolate what the whole thing will sound like, but the supporting blurb from the press release helps:

Oslo, Norway, August 10th, 2008. Following their 200th gig, playing before 2000 people at the Øya festival, SUNN O))) teamed up with Norwegian legends ULVER at their Oslo studio, Crystal Canyon. They recorded three "live in improvisation" pieces, starting that evening and ending at dawn, as Northern sunlight seeped in through the windows....

The album's opening piece, "Let There Be Light," builds up from silence and darkness and proceeds - ceremoniously, coruscating - O'Malley and O'Sullivan creating the backdrop for Rygg's Basso Profondo chants. The music unfolds over eight minutes before reaching a crescendo of bass and brass, introducing both Anderson and ULVER as we know them. The Sunn has risen.

"Eternal Return" introduces Rygg singing a lyric evoking ancient Greece, Egypt and the Biblical lands. The song is palindromic, echoing the lyric, beginning and ending with the same bass line and musical pattern, though the guitars are ultimately reversed as the song implodes upon itself.

So there will be a lot of droning, vamping, and gradual dynamic shifts. No surprise there, but the magic is in the details for these acts. You can buy the "Eternal Return" sample for the gag price of $100 on Bandcamp, but it's not really meant to be downloaded.

Terrestrials will hit the street in North America on February 4. Stream the sample below...