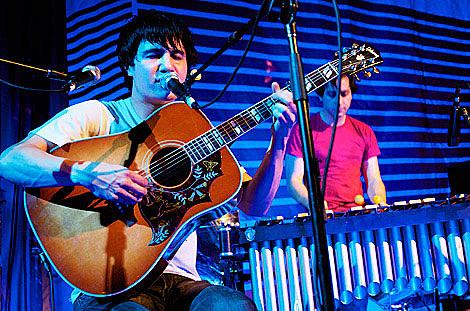 When Spencer Krug isn't playing with Sunset Rubdown, he can be found with his other bands Wolf Parade and Swan Lake. Swan Lakes's new album "Enemy Mine" is out now. Grab some MP3's.

You might assume that the Dodos Northside show is the Frenchkiss Records showcase (like I did at first), but it's not. Frenchkiss's own show will be something much smaller at Bruar Falls earlier in the week. I think we CAN assume that Sean Bones, also listed on the Northside lineup, will be one of the performers at that one.

Sunset Rubdown will be touring Europe later this month. The Dodos will be at Sasquatch in May. All tour dates below...