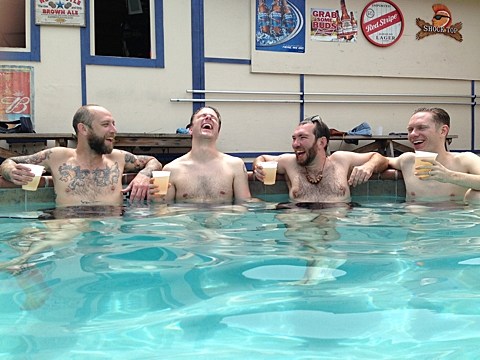 Against Me! are continuing to kill it all year, and now former longtime drummer Warren Oakes (member from 2001-2009) will do the same with his band Sunshine State. They're releasing an LP called Pour next week (9/23) on No Idea, and we're now premiering its newest single, "We Discussed It, We Disgusted." It's got that kind of Gainesville punk vibe that Against Me! fans will dig, so if you're into that stuff definitely give this a listen. You can do so below.

If you'll be at The Fest this year, you can catch Sunshine State on 11/2 at 1982 with Wet Nurse, Teen Agers, Protagonist and others.