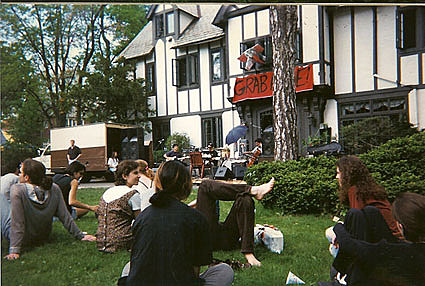 As previously reported, Superchunk are playing a cancer benefit with the Mountain Goats in Chicago in June. And as previously reported, Dan Deacon and many other popular indie rockers are playing free shows in McCarren Pool in Brooklyn this summer. What has not yet been reported though - not until this sentence anyway - is that Superchunk will also be playing a free show on a TBA date this summer at McCarren pool. Stay tuned for more details.

Want to hear Superchunk sing "Say My Name" by Destiny's Child? Well, then you'll have to buy the new "Guilt By Association" comp. when it comes out (Aug 28, 2007). You CAN hear Devendra Banhart sing Oasis, Petra Haden sing Journey, and Will Oldham sing Mariah Carey though - right now streaming on the sinful compilation's own MySpace page. Be its friend*.

* full disclosure: BV contributor Undisputed Wes works for the company who put out this awesome comp

But what about Portastatic??
* Schedule Two posted some live videos recorded in February
* They're playing North Carolina and Spain
* They miss San Fadyl