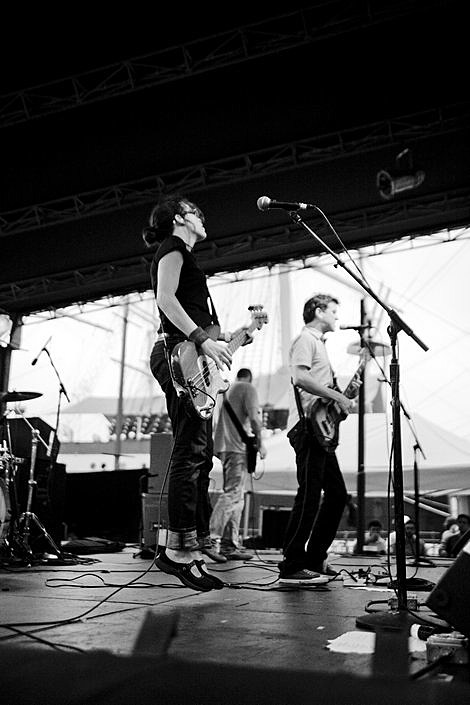 Those at LPR's Chris Knox benefit on May 6th got a taste of Superchunk when frontman Mac McCaughan closed his Portastatic set (backed by Yo La Tengo) with a rousing version of Superchunk's anthemic early single "Slack Motherfucker." Well, good news: Superchunk will be in NYC for proper shows at Bowery Ballroom on Saturday, September 18th and Music Hall of Williamsburg on Sunday, September 19th. Tickets for both shows go on sale Wednesday, May 19th at noon.

Maybe the shows will be in support of a new album...

"Superchunk never broke up or went on hiatus, they've just been moving slowly -- very slowly -- for the last decade, recording a handful of songs, playing one or two charity or small gigs a year. No particular event, (I thought it may have been their Coachella show last year) really pushed the idea of recording forward for Majesty Shredding, awesomely (just) named ninth Superchunk LP, according to drummer Jon Wurster. "I think it was having the time. Or maybe not even having the time but knowing that if we wanted to do this we have to make the time for it, which is kind of how it turned out. There was never really a defining moment where we decided, let's do this again, actually making an album," he says. "And I don't even think we had a goal in mind. I think it was just 'Let's see how it goes, and if we're still into it-it's like five songs, let's keep going.'" They found time together between their other gigs: Jon Wurster's been drumming for Mountain Goats, touring with Ben Gibbard, Jay Ferrar, and Carl Newman, and hosting WFMU's The Best Show, Mac McCaughan and Laura Ballance run Merge records, while guitarist Jim Wilbur plays in Portastatic and works at a bookstore in Durham, North Carolina." [Stereogum]

Last time they were in NYC (July '09), Superchunk played an outdoor show with labelmates Versus, who just announced the details of their first album in ten years, On the Ones and Threes, due August 13th on Merge. Versus will be at the Bell House on July 9th and in DC on July 10th as part of the six-date Teen Beat Records tour with Unrest, the Rondelles and more. The NYC show is sold out.

About the new Versus album, Merge writes:

On the Ones and Threes is something of a return to form, featuring the reappearances of original member Edward Baluyut, and engineer Nicolas Vernhes (Animal Collective, Deerhunter, Cat Power, Spoon) who worked on Secret Swingers and Two Cents Plus Tax.

The deluxe-edition double-LP format will feature an alternate sequence and two additional tracks from the album's recording sessions. These extra tracks will also be available as a bonus for immediate download when you pre-order the CD or the deluxe double-LP in the Merge store beginning June 8.

Versus has more tour dates TBA. Other dates for Superchunk include a set at Primavera Fest, a gig in North Carolina and assorted fests. Videos from Superchunk's appearance at SXSW 2010 and more info about the Versus album are below... 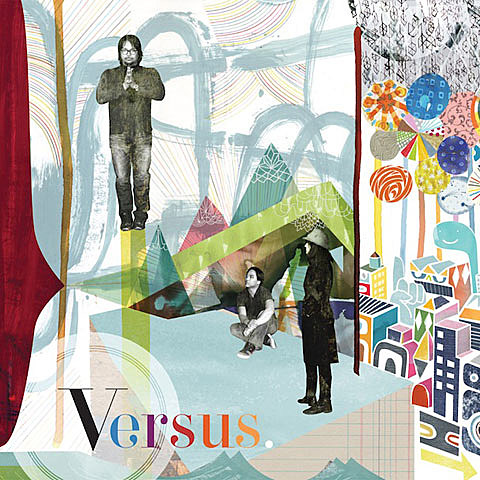