DOWNLOAD: The Almighty Defenders - Bow Down and Die (MP3) 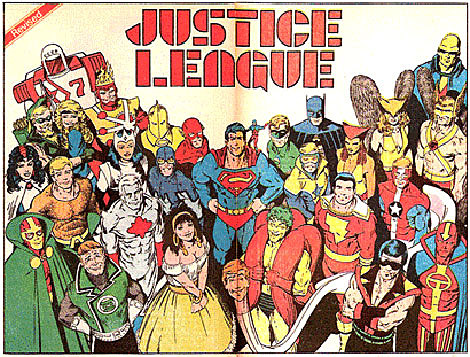 It's supergroup day on BrooklynVegan. Some of it is catch up news. We have a new MP3 and tour dates from the new Black Keys-related Drummer band, and then there's the signing of Dum Dum Girls whose first live show over the weekend brought together member of four other bands. Jack White's new supergroup The Dead Weather is streaming their new album today, and we finally did a post on the Monsters of Folk album (Bright Eyes+My Morning Jacket+M Ward). Supergroups are not to be confused with side projects which were sort of a theme today too - first with Wolf Parade-related Handsome Furs, and then the Mazzy Star/My Bloody Valentine-related Hope Sandoval & The Warm Inventions (which I guess could be considered a supergroup too). Next up.... 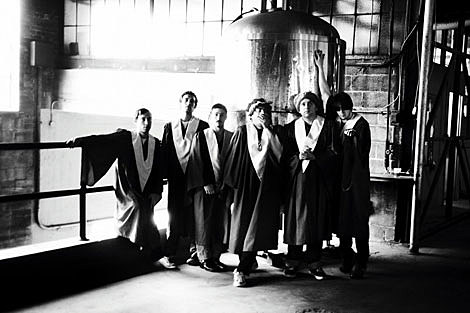 The Almighty Defenders, a meeting of might between Atlanta garage goblins The Black Lips, Berlin-based soul punker King Khan, and Mr. BBQ himself, Mark Sultan. Conceived during the Lips' Berlin exile (after their VBS-documented ejection from India), the band's self-titled debut is a madcap, liquor-drenched revival, a blissfully fucked up realization of one of garage rock's most fitting collaborations. "Bow Down And Die," the "booming, chivalrous third song," is an off kilter, beer-swilling chant-along that borrows just as much from choral church music as it does from skuzzball rock n roll.

You can check out that song above. The band's self-titled debut is set to come out September 22nd on Vice. Clips of the group live are below.

No tour dates for the Almighty Defenders yet, but The Black Lips will be at the July 26th Williamsburg Waterfront Pool Party, playing with Health, Grupo Fantasma and Trail of Dead. The Black Lips are actually one of the only artists to play a 'Pool Party' two years in a row. Ironically(?), when they played last year, it was on the same bill as King Khan. Maybe they'll bring him along again, or maybe they should just make an Almighty Defenders show which would be cool.

The Black Lips are also playing a few other festivals this summer, including Pitchfork Fest and Seattle's Capitol Hill Block Party. The band was recently featured on the soundtrack of the Gael Garcia Bernal & Diego Luna film Rudo Y Cursi, which came out in May. That disc includes contributions by Devendra Banhart, Juana Molina (who's playing tonight, July 8th, in Central Park) and even Bernal himself. Album art and tracklist for that below. 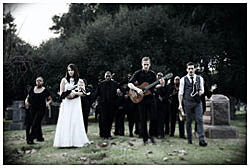 Bernal is hardly the only actor getting into music these days. Dead Man's Bones, the combo of actors Zach Shields and Ryan Gosling, is set to release a self-titled album, produced by Tim Anderson of I'm A Robot, October 6th on Anti-. Silverlake Conservatory Children's Choir, who you can see below, also pitched in vocals. Two videos of the band are below.

You can catch a different kind of supergroup in NYC at the Bowery Ballroom on August 1st. Dangerous, an "All Metal Tribute To Michael Jackson," features members of Tragedy (the "Heavy Metal Tribute to the Bee Gees" who are playing the Beach at Governors Island this summer) and the 2 Skinnee Js. Tickets to that are on sale now.

And if that's not enough...

The Almighty Defenders - She Came Before Me - Live in Toronto 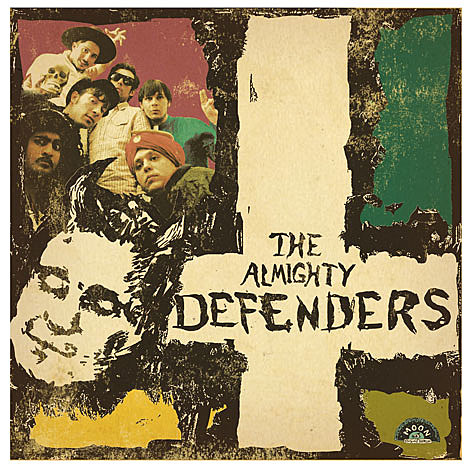 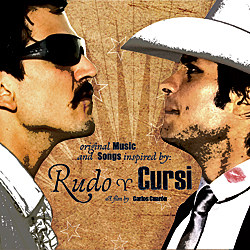 Dead Man's Bones - In The Room Where You Sleep