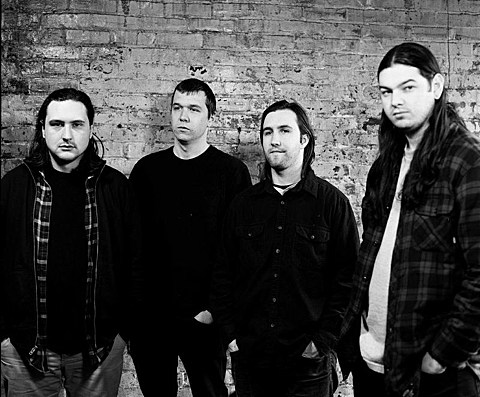 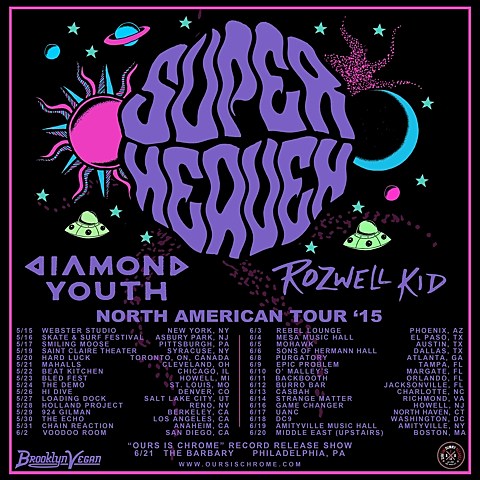 Pennsylvania '90s rock lovers Superheaven (fka Daylight) are releasing their second album and first for SideOneDummy this year. It's called Ours Is Chrome, follows their 2013 debut Jar (released on Run for Cover), and will be out May 4. You can pre-order yours at the oursischrome.com site. First single "I've Been Bored" is a heavy atmospheric rock banger that fans of past Superheaven tourmates like Nothing and Pity Sex should definitely check out. The video for that is also at oursischrome.com and watchable below. Album artwork below too.

Superheaven are already on board for a few festivals, including Long Island's Spring Mixtape Fest on Saturday (3/28) (sold out), Asbury Park's Skate & Surf on May 16-17 (tickets), and Michigan's Bled Fest on 5/23 (tickets); and surrounding the latter two they'll go on a BrooklynVegan co-presented North American tour with two crunchy power pop bands, Diamond Youth and Rozwell Kid.

That tour begins in NYC the day before Skate & Surf at The Studio at Webster Hall on May 15. Tickets will be on sale soon. 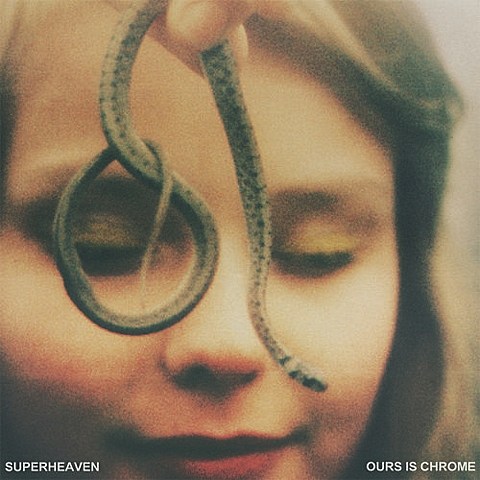