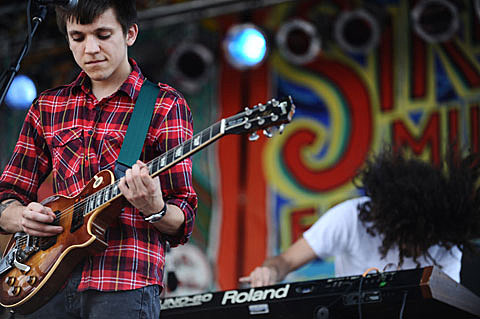 Did I miss any?

And The Drums have added a show too. As also mentioned, they are the headliner at the PopGun/Stereogum show happening at Santos Party House tonight (10/20) (aka they also play 2 sets in one night). They go on after Wild Nothing.

Neither Surfer Blood or the Drums are one of the unannounced bands playing the BrooklynVegan party at Public Assembly on Friday.

One of the other bands playing the Marlin Room tonight is PS I Love You who are from Canada (and who play many more times this week). 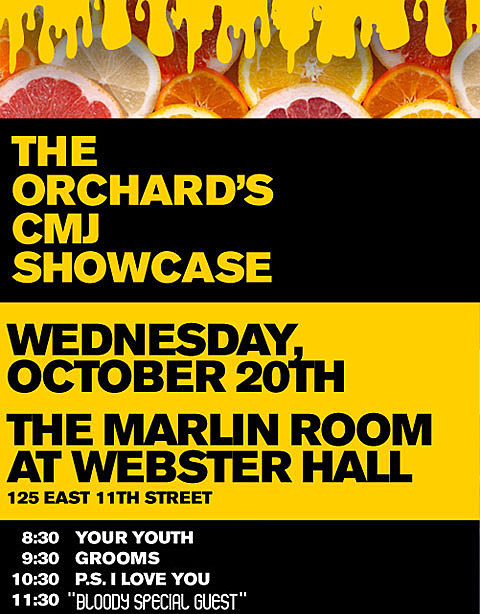 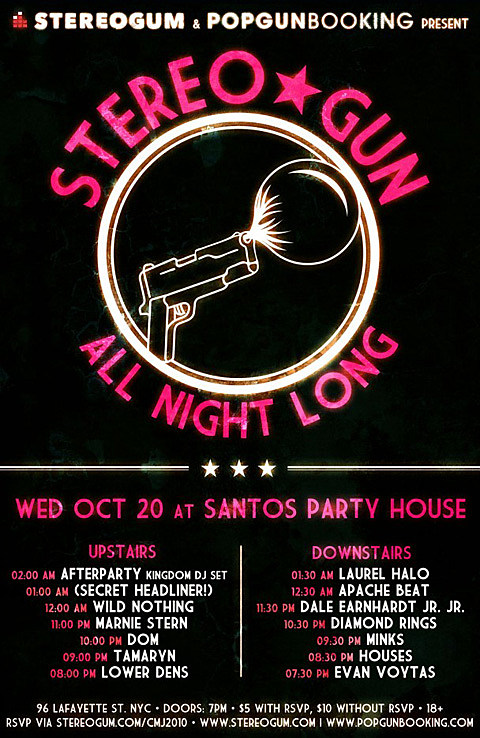 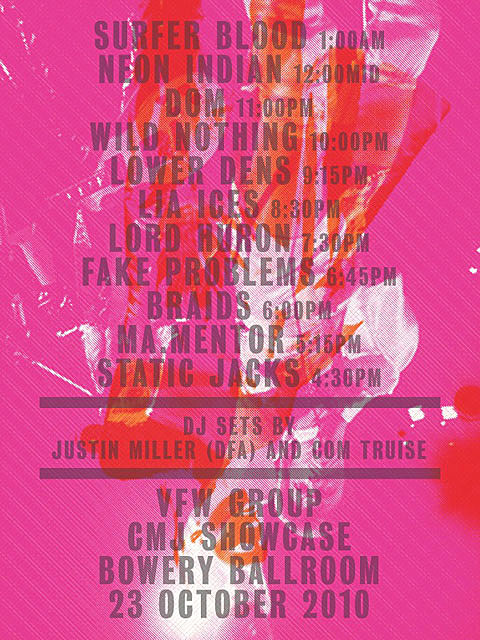