Gwar at the Housecore Horror Fest in Austin, 2013 (more by Trent Maxwell) 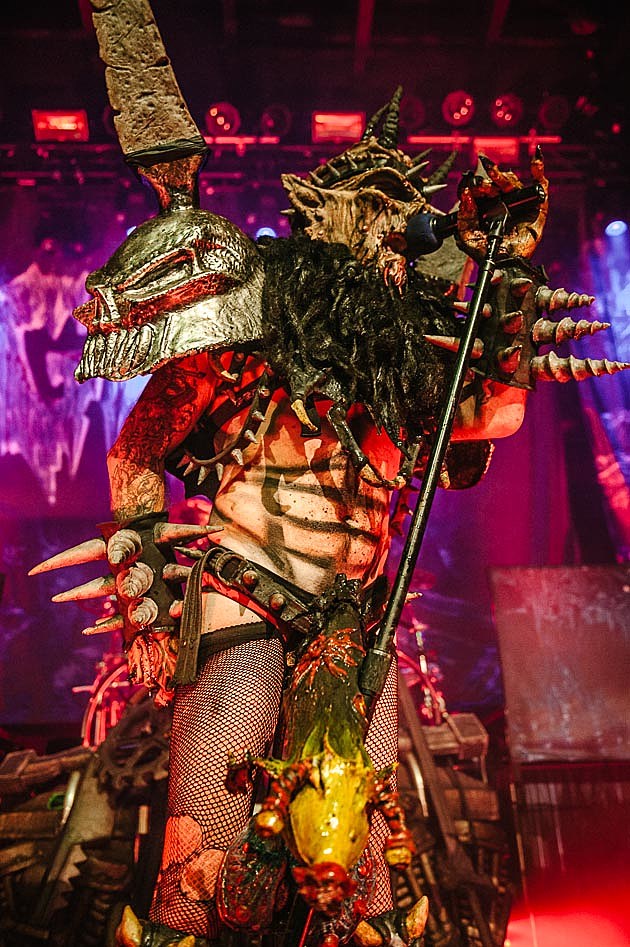 We lost Gwar frontman Dave Brockie, aka Oderus Urungus, a couple weeks ago and now the surviving Gwar members have released an official statement on his death via a video. In it they talk about the memorial service that will happen just before August's annual GWAR-B-Q in Richmond, VA which will continue as planned in Brockie's honor. (The band added that Brockie passed away peacefully in his sleep.) Watch the video below, in which Gwar gives a forceful reminder that "Orderus would order you to be present and to pay tribute to Dave Murray Brockie, his own personal slave!" In just over two weeks, the universe has lost two ultimate overlords.

Gwar has also announced the creation of The Dave Brockie Foundation. Here's a mission statement from Gwar's site:

The Dave Brockie Foundation is a charity fund with the mission of promoting the advancement of music, images, letters and performances in the arts. It will endeavor to encourage promising talents, as well as preserving the legacy of Dave's body of works. It intends to be a support system to those who have dedicated their lives in pursuit of creativity. The Dave Brockie Foundation will be a resource for artists in the fields of music, film, literature and all visual arts who cannot find funding through mainstream channels. The DBF will also strive to catalog and preserve Dave's vast collection of original images, recordings and written words, and make them available for the world to appreciate. The foundation's first goal is to finance the creation of a memorial monument in Richmond, Virginia to provide the world with a place to pay respects to the memory of a very cherished man.