"Swans aren't canceling their Bowery show tonight. That's pretty badass, but it's sort of impossible to get around the city tonight. #refund?" - Dylan Treadwell

"Swans. Single handedly attempting to protect New York with a force-field of post-punk-noise from their Bowery Ballroom fortress. #Godspeed" - Wazu

"Of course Swans are still doing their NYC show in the face of imminent natural disaster. #Frankenstorm #Sandy" - @bloodandwires 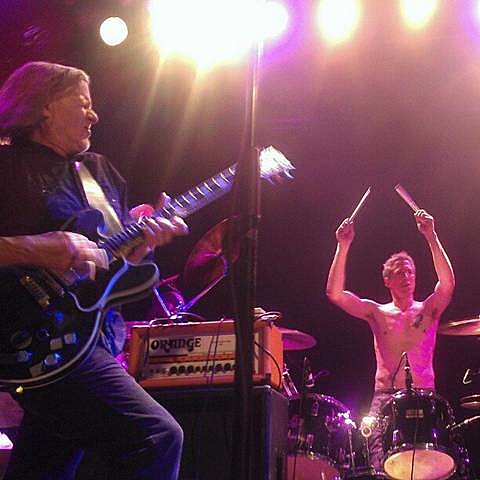 With almost everything else in NYC being cancelled, Swans, who already sound like the eye of the storm, decided to keep their Bowery Ballroom show on last night (10/28). Sandy hasn't really kicked into full effect yet, but with NYC public transportation shut down, many people were unable to get to the sold out show. Did you go?

Grimes would have played Music Hall of Williamsburg last night (where Swans are still set to play tonight), but her show was cancelled. She tweeted, "Swans is the only band that didnt cancel their show tonight despite the hurricane lol SOOO awesome." Swans band member Thor Harris also took to twitter, saying, "Swans are playing Bowery Ballroom in NYC to ring in the apocolypse. See you all in Hell."

The show was their first of two NYC shows with Devendra Banhart, and the second is scheduled to happen tonight POSTPONED. Most shows in NYC are already cancelled, but perhaps unexpectedly, this one is still on at the moment. Tickets are also still available... if you dare.

Some more Instagrams from the Bowery show are below. 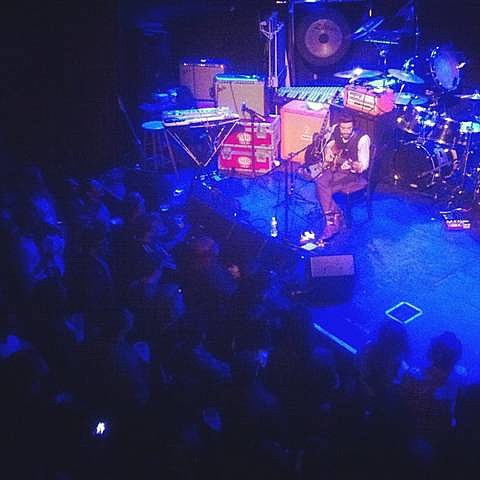 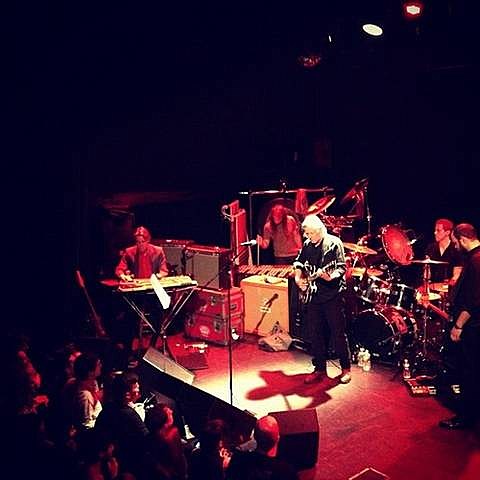 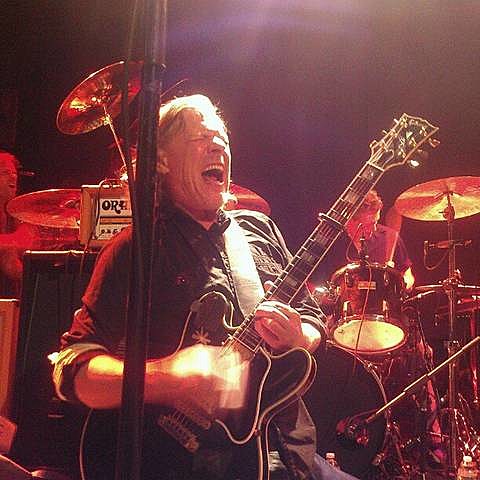