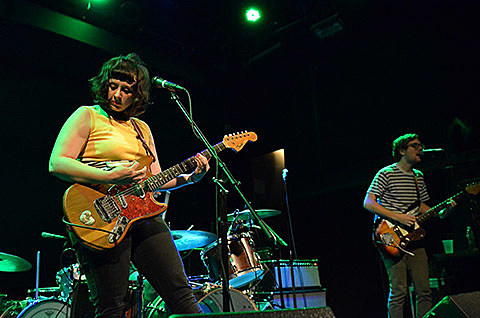 I was just talking about the new Worriers album, and how bands like them and Swearin' are keeping raw, honest pop punk alive. So it's pretty good timing to now find out that Swearin' has announced a new album too. The album is titled Surfing Strange, and it will be out on November 5 via Salinas Records, who also released their self-titled debut. The first single, "Watered Down," is on the band's slower, grungier side, and similarly to recent stuff by Cloud Nothings or Wavves, instead of choosing between emo honesty, grunge angst, or indie rock apathy, it combines all three. Check out the new single, along with the album artwork and tracklist, below.

Swearin' also just expanded their tour to include a ton of dates from early October through mid-December. For a band who plays NYC a lot, there isn't one NYC date on this tour at the moment. All dates are listed below.

Meanwhile, Swearin' singer Allison Crutchfield's sister's band Waxahatchee will play NYC soon on their tour with Screaming Females. All three of those bands, plus Upset, are on the upcoming Guided by Voices tribute.

All Swearin' dates are listed, along with the new song, LP artwork and tracklist, below... 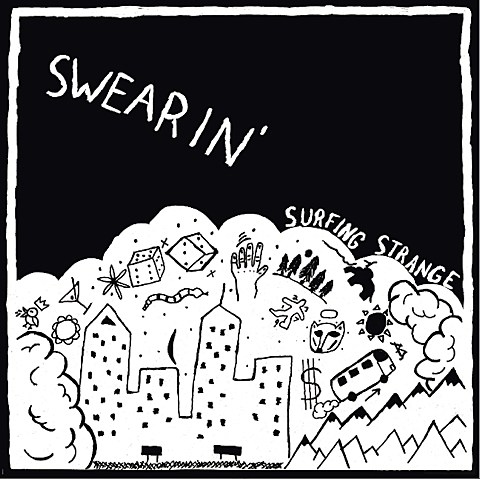