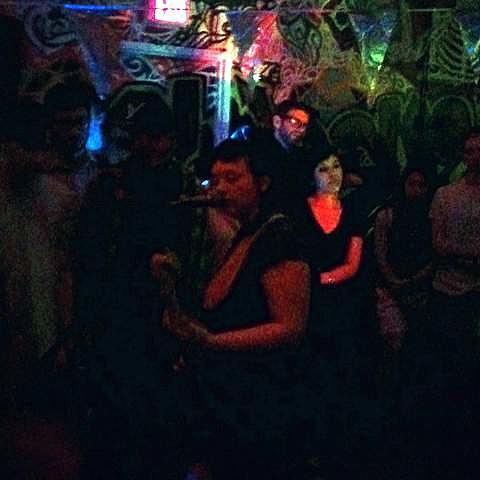 After taking about a month-long break since their last show, Brooklyn's Swearin' kicked off a short September run of the NYC area and Philly at SUNY Purchase last night (9/9). The NYC shows on that run include one TONIGHT (9/10) at Mercury Lounge as a support act for the previously discussed Jaill and Fergus & Geronimo show with Home Blitz. Tickets for tonight's show are still available. They'll also play a TBA Brooklyn show on Wednesday (9/12) with Tenement, and will open for Chomp at their record release show at Cameo on September 21. Tickets for that show are on sale now. In November, Swearin' will head out as an opening act for Japandroids on their previously discussed tour, but their last scheduled date at the moment is the Asheville, NC show (12/2) which happens right before Japandroids play Webster Hall in NYC (12/4). No other opener for the Webster Hall show has been announced yet either. All Swearin' dates are listed below.

I caught Swearin' at SUNY Purchase last night and they put on a super fun show. Sometimes calmer sounding on record, the band never ceased to be punchy and in your face live. They play crunchy pop punk the way it's meant to be played and the crowd was into it the whole time. Their set relied primarily on their recently released self titled debut LP, but also reached back to 2011's What a Dump EP for some old faves like "Irrational." Allison Crutchfield had already cut her teeth for years in P.S. Eliot so she's got the experience and is fully able to be a totally confident frontwoman and charming performer. 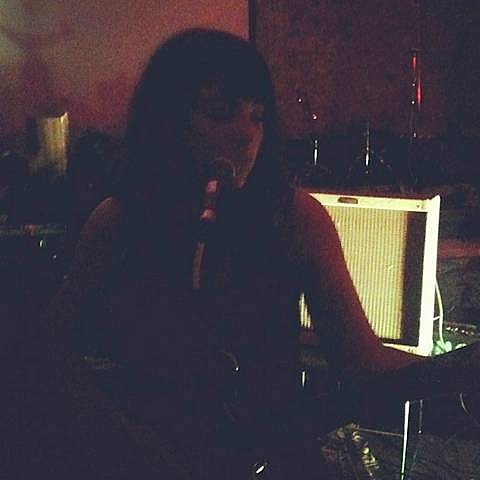 At the Purchase show, Swearin' were opening for Philly's Hop Along, who are touring in support of their excellent new album, Get Disowned, which I recently wrote about on BV Austin. Both bands (and Laura Stevenson and the Cans, Shellshag, etc) have a notable amount of sonic compatibility, but while Swearin' are reliving the glory days of pop punk, Hop Along often recall the fuzz folk of Neutral Milk Hotel and The Microphones. Frontwoman Frances Quinlan is a powerhouse live, howling away at her intimate lyrics and also proving to be a pretty killer guitarist. She's backed by an equally impressive band -- Mark Quinlan (drums) and Tyler Long (bass) -- who play as a three-piece that sound as large and diverse as a six-piece. Highlights of the show came during "Get Disowned" and album standout "Tibetan Pop Stars," during which a mosh pit immediately broke out, knocking over Frances' mic stand within seconds and causing the band to restart the song. Luckily they were in good spirits about it and once the song did continue, the entire room could be heard shouting along to the song's chorus and explosive bridge. Hop Along's tour continues this week, hitting Bard College on Friday (9/14), and wrapping up in November. All of their dates are listed below.

You can purchase the Hop Along album at bandcamp, the Swearin' album also at bandcamp and stream both, along with lists of dates for both bands, below.