Swearin' at BK Bazaar in May (more by Amanda Hatfield) 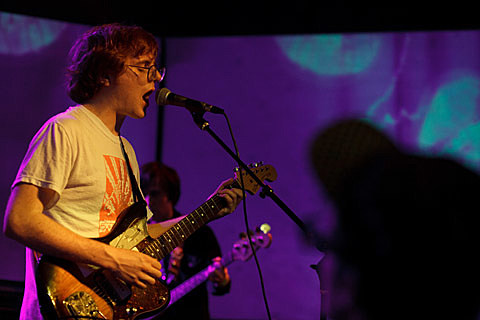 Two days after Waxahatchee plays a final Glasslands show, her sister's band Swearin' (whose Keith Spencer is also in Waxatchee) will play a free Brooklyn show at Brooklyn Night Bazaar on December 12 (again). The rest of the bill is TBA. It's Swearin's only announced show at the moment.

In related news, Radiator Hospital (who share drummer Jeff Bolt with Swearin') were just covered by hot CMJ band Girlpool (who like Waxahatchee, recently opened for Jenny Lewis). The LA duo take on "Cut Your Bangs" from this year's great Torch Song in a new NME session. Check out the video of that below.